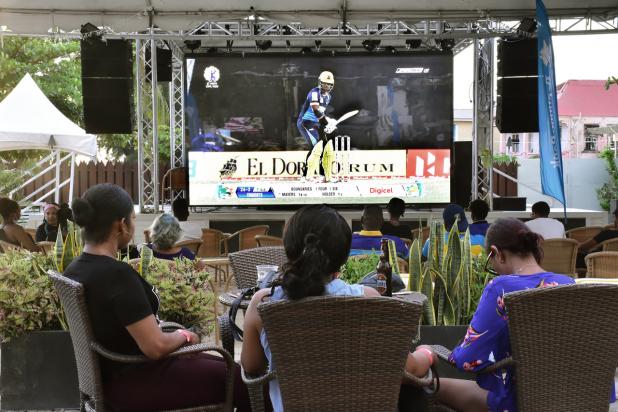 A shot of the massive screen on offer at the Copacabana Beach Club. 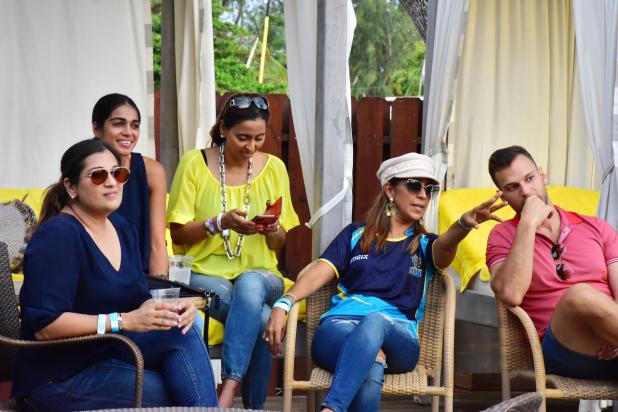 Fans taking in the action during the Barbados Tridents innings. 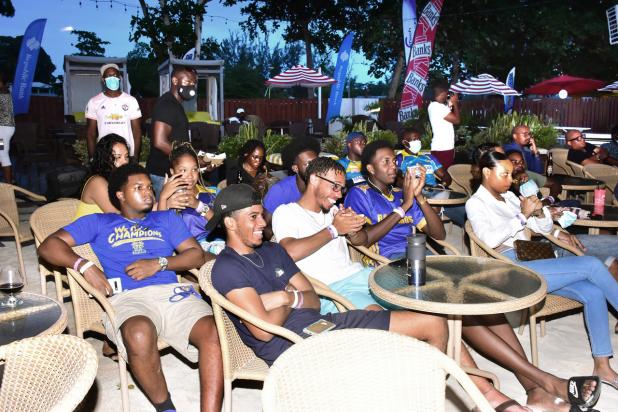 Tridents fans not left out

Although stadia across the region are closed for the 2020 Hero Caribbean Premier League, the Copacabana Beach Club has flung its doors open for fans of the “Biggest Party in Sport”. With the annual T20 tournament getting off the ground in a sterile bubble at the Brian Lara Cricket Academy in Trinidad and Tobago Tuesday, the Barbados Tridents Fanzone was also launched to allow followers of the local franchise to socialise safely as they support the defending champions.

Supporters from all social strata streamed into the Bay Street establishment for the Tridents’ first game as they stole away a six-run win from the St. Kitts and Nevis Patriots. With the event being hosted in association with partners Digicel and Banks Beer, patrons were able to enjoy food, drinks and exciting cricketing action on a jumbo screen.

Speaking to The Barbados Advocate, Franchise Operations Manager for the Barbados Tridents, Diane Prescod explained that the initiative was put in place to allow the connection between the team and the fans to remain intact.

“The thinking behind hosting the fan zone is because as we are all aware, the matches are all in Trinidad this year, but we are conscious of our fans. Without our fans, we are just cricketers. The entirety of Tridents is a family inclusive of the Barbadian public. So we have decided that we will still have a stadium-like atmosphere where people can come, watch the games and still get that feel and still be a part of cheering on the guys. And they do know that we are here watching them and that gives them an added sense of inspiration to do well,” she said.

Going on to reveal that the setup would be in place for all games played in the CPL this year, Prescod noted that on Tridents games days there would be an entry fee of $10 for patrons with $5 off with any article of Tridents clothing or paraphernalia. (MP)