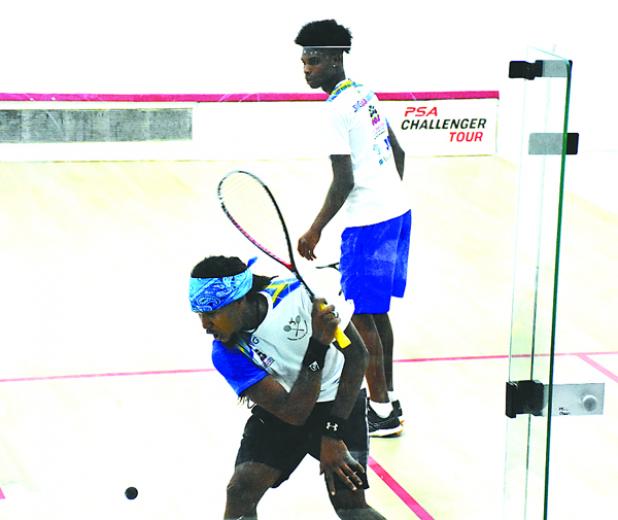 The Barbados Squash Association got the 2019 Barbados Independence Invitational Games (BiiG) off to a hot start as it wrapped up two major competitions this past Saturday. After getting started with preliminary rounds on Tuesday in the BiiG City of Bridgetown Cooperative Credit Union Barbados Open and on Wednesday in the Professional Squash Association BTMI Barbados Open, both tournaments saw champions crowned when the finals came to an end at the Barbados Squash Club.

The Women’s semis saw number-one seed Liliana White having an easy time against Lynn DeCambra-McLeod as she advanced to the final after taking wins at 3, 4 and 5. Number-two seed Jada Smith-Padmore beat out her twin sister Jodi Smith-Padmore in the other semifinal which went to five sets. The pair traded punches in a game of one-up as Jodi won the second and fourth at 9 and 11. However, Jada got the better as she won three at 4, 10 and 9. The final was easy for Smith-Padmore as she beat out White with scores of 11-4, 11-5, 11-3.

After getting started with 32 players, the international PSA competition came down to the final four in Shawn Delierre of Canada, Lyell Fuller of England, Christopher Gordon of the United States of America and Rui Soares of Portugal. With Fuller and Soares being given their walking papers in the semis, Delierre, who was seeded at one and Gordon (3) were left to duke it out on Saturday.
Delierre was able to take the top spot with a 3-1 win. The Canadian won the first set, 11-9 but Gordon came back in the second to take it at 6. However, that was where his resurgence ended and Delierre took the third at 11-5 to set himself up for the victory. Gordon put up a bit of a fourth but Delierre was able to see the mission through at 14-12.