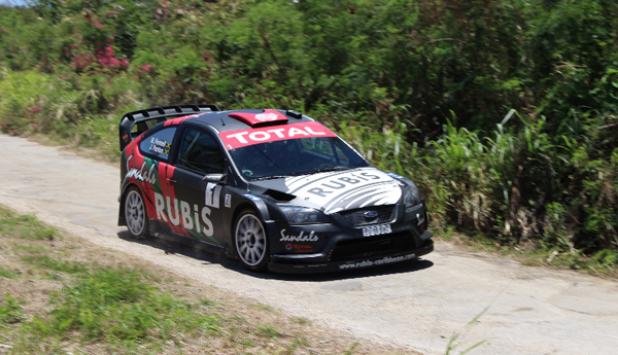 Jamaica’s Jeffrey Panton opened his account with an impressive victory over the weekend.

Roger Skeete was about a second adrift of the eventual winner. 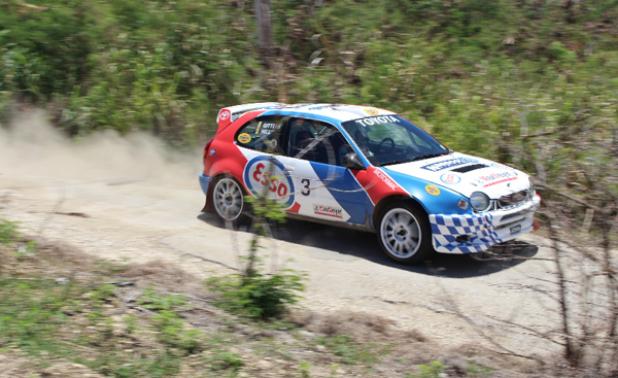 Panton does the double at Full Throttle ’18

With the venue Lamberts to Pickerings and then the reverse direction after all four runs were completed, Panton at the helm of his Ford Focus WRC let his intentions be known from the onset as he set the fastest time from the practice run.

In the speed event only the fastest time counts, which meant there could be no letting up as everyone kept getting faster with each pass through the stage.

But it did not matter as Panton was the fastest on every run through the first direction, eventually setting a fastest time of two minutes 05.22 seconds on his third and final official run.

The reverse direction got more interesting as Skeete managed to turn the tables on Panton on the opening passes.

In the practice run Skeete was two seconds faster than Panton, then on the first official run Skeete was still ahead on the timing sheet with a 2:05.97 while Panton had clocked a 2:06.12.

Panton kept pushing and on the second official run, he shaved almost three seconds off his previous run’s time while Skeete had only managed to go faster than his previous run by one second.

Third overall in both directions went to Roger Hill, who piloted the Toyota Corolla WRC and clocked 2:11.47 in the first half and 2:09.53 in the reverse direction.

The title of fastest two-wheel-drive in both directions went to Barry Mayers in the Ford Fiesta as he beat out Daryl Clarke in the Honda Civic by two seconds in the morning and then by one second in the reverse direction.

The victory in this battle also gave Mayers the Super Modified 2 class victory as well, with Clarke second and Kurt Thompson finishing third in the class.

Mark Thompson in his Mitsubishi Evolution 9 was sixth overall, while Paul Horton in his Citroen DS3 R3 was the winner of Modified 2.

Modified 1 was won by Edward Corbin, while Shareef Walcott was second and Pierre Beswick, who crashed out on the practice run in the reverse direction, was third in the class in the morning.

Calvin Briggs was the lone competitor in Group B, while C2 only had Stuart Garcia, C1 saw Trevor Mapp all alone and H2’s sole competitor was John Corbin.