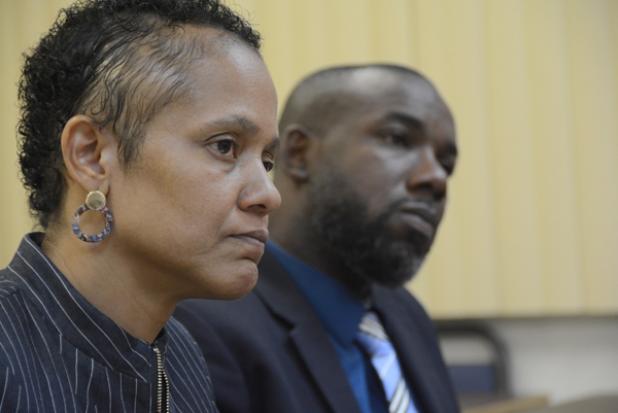 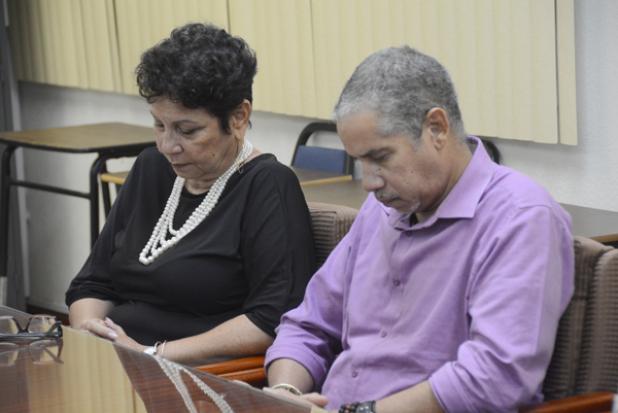 Classes at the Frederick Smith Secondary School will resume between Thursday and Friday of this week.

So says Minister of Education, Technological and Vocational Training, Santia Bradshaw. She made the disclosure during a press conference yesterday evening, following a lengthy meeting at the Erdiston Teachers’ Training College with teachers of the St. James located school. That meeting, which lasted several hours, was one of three meetings Bradshaw attended yesterday. The others were with representatives of the Boards of Management, principals and guidance counsellors of a number of secondary schools as well as representatives of the Royal Barbados Police Force (RBPF).

She indicated that at the teachers meeting, which was attended by President of the Barbados Secondary Teachers’ Union (BSTU), Mary Ann Redman and President of the Barbados Union of Teachers (BUT), Sean Spencer, it was agreed that on Thursday all fifth form students will return to school, while the first to fourth formers will return on Friday. The Minister said that parents are also asked to accompany their children to school on those days and revealed that while the Ministry is not in favour of metal detectors like those seen in airports, it is not opposed to metal detector wands and will be employing the use of such devices when school recommences.

“We want to ensure that the plant is safe. At this stage while this tragedy happened, I can give no assurances to the country that students may not have weapons on them next week and therefore, it is important that the persons who have to work in the environment as well as students who are not engaged in such activities, such as the possession of weapons, feel comfortable and their parents must feel comfortable coming back to the Frederick Smith School to be able to resume classes,” she stated.

Classes at that secondary school came to an abrupt stop last Friday, when a stabbing incident involving two students of the school ended with one dead and another in police custody. She described the incident as a “tragedy of the highest order” for Barbados and expressed sympathy to the family of the victim, as well as all persons who have been impacted. Her comments came as she made it clear that her Ministry maintains its zero tolerance stance on violence in schools, and pledged that it will do all within its power to ensure that no such incident happens again.

Additionally, she said that the RBPF will work with the Ministry to address a number of issues confronting schools and will assist in patrolling the areas. She noted that maintaining a police presence in the vicinity of the school premises will “send a very strong message that violence in any form will not be tolerated at the level of any of our educational institutions”.

Bradshaw went on to indicate that counselling will continue tomorrow at the school for teachers, while noting that the students have also been receiving counselling. The Education Minister said the ministry has provided a helpline for parents to call, and she is urging them to make use of it. She said interested persons can call 535-0849 or 535-0853, explaining that the counselling will continue until it is deemed to no longer be required.

“Thankfully a number of parents have already responded and today [Monday] we would have seen a steady flow of persons coming with their children or in some cases coming to ask questions, as many students themselves are traumatised by the incident,” she added.

Meanwhile, she told reporters that all public schools will close at 12 noon today to allow teachers to attend meetings of the BUT and the BSTU. It is expected that high on their agendas will be the issue of violence in the schools. (JRT)