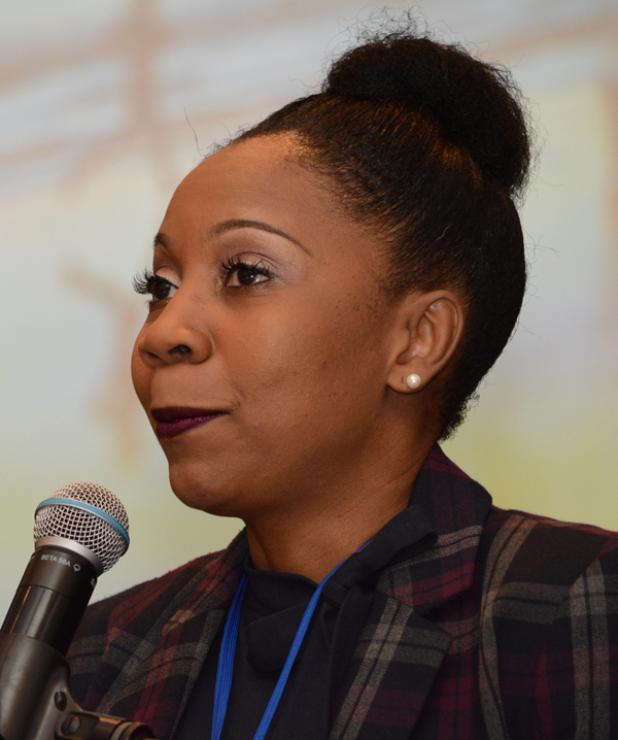 President of the Barbados Bar Association (BBA), Liesel Weekes, says she hopes the recent theft conviction of a fellow attorney is a wake-up call for all attorneys practising in this country to better manage their businesses.

Last week, attorney Vonda Pile was found guilty of theft and was remanded to Dodds Prison pending sentencing. While expressing sympathy for Pile’s plight, President of the BBA admitted that there has over time been concern raised about lawyers possibly mismanaging funds handed over to them by clients, and acknowledged that steps must be taken to ensure that such concern is no longer warranted.

“I don’t necessarily believe that lawyers set out to steal clients’ money, but there are things that may happen. For example, we have accounts rules and by those rules you may establish a client account, but you are meant to disaggregate your money from your clients’ money, so that there is no confusion. What can happen if you are not an attorney who also is a businessperson, who is well organised and manages money well, you can actually put all the money in the account and not separate it,” she said.

Weekes continued, “A client may write you a cheque, part of the money is your fee and the other is to pay something and you put all the money in there and you don’t get the chance to sit down and transfer and whatever else, but you start to spend from what you think is yours and you don’t realise when you’ve started overspending. You’ve spent all of yours and you are now into somebody else’s money and until you take stock, until someone calls and asks for the money and you then go into the account and wonder why am I short, where did the money go and then you can’t put it back.”

In that vein, she said the BBA has been over the years, especially when new attorneys are admitted to the Bar, giving them a “grounding” in managing their practice and money. Weekes indicated that Queen’s Counsel Anthony Audain has been assisting with such practice sessions to establish for juniors from the beginning, how to set up their practice, how to organise their practice and how to disaggregate their funds and “so they never find themselves in a position where, inadvertently, they have stolen from their client”.

While noting that she could not say definitively what happened in the case of the recent guilty verdict, she is hopeful that public’s confidence in the system to deliver justice, “once that is the case”, is restored. Weekes said she was sorry that her colleague had to be the example that was set, but made it clear that she does have the right to appeal her conviction and may succeed on appeal.

“I know that traditionally the public sentiment is that nothing happens to lawyers, that they are above sanction and can do whatever they feel like with impunity… But once there is that conviction, I feel that it restores a certain confidence in the public that lawyers are not above reproach, are not above the law and will feel the sanction of the law if they are run afoul of it,” she indicated.

Her comments came as she noted that where a client feels wronged by their attorney, they seek recourse from the Disciplinary Committee of the BBA. While not able to say the number of complaints that have been made in recent times, Weekes say they usually range from customer relation issues to serious dishonesty issues. She said complaints are predominantly regarding customer relations, usually a client’s inability to get in touch with their attorney.

“But my position has always been even one complaint of serious dishonesty and misappropriation of funds is too many. I know the public thinks that the Disciplinary Committee protects lawyers who are dishonest, it does not! But what usually happens with cases of failure to account for clients’ funds and things of that nature, once the funds are restored to the clients they no longer wish to proceed with the matter before the Disciplinary Committee. That happens more times that can I describe to you, that happens on a regular basis,” she stated. (JRT)