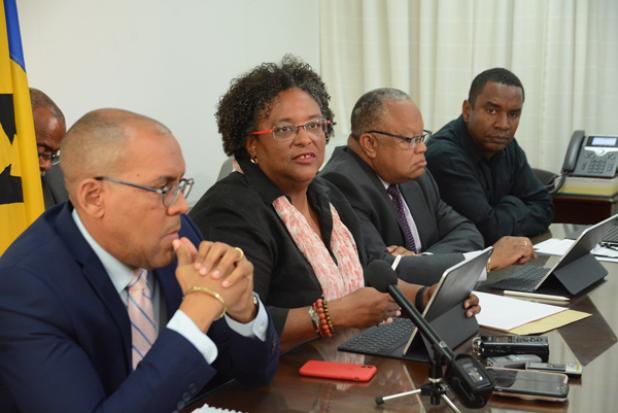 In an effort to increase the number of tourists coming to Barbados and business opportunities, Government has brought to Cabinet the move to remove visa requirements for certain countries.

Speaking during the first of many post-Cabinet meetings to come, Senator Dr. Jerome Walcott, Minister of Foreign Affairs and Foreign Trade, highlighted that during the 2018 General Elections the Barbados Labour Party alluded to this in their manifesto.

He stated that the Ministry of Foreign Affairs recognises that in the area of globalisation it is important for Barbados to strengthen its relationship with a number of countries, and indeed “make new friends in the global world” and seek new opportunities.

“In this regard we recognise that in terms of travel that the stipulation for having visas are sometimes a deterrent for tourists and indeed to people who are seeking to do business and interact with the country. In this regard, the Cabinet of Barbados agreed to remove the requirements of visa for a number of countries in different parts of the world.”

These countries include Ethiopia, Cameroon, Ghana, Morocco, Senegal, and Rwanda. He stated that they were also looking at the Gulf States in terms of tourism and in terms of possible investment; and as such they have removed visa requirements from countries such as Jordan, Oran, Qatar and areas in Asia, such as Indonesia, Thailand, Vietnam and India.

“Recognising and certainly hoping that the removal of these visa requirements would encourage a number of persons from these countries not only in terms of tourism, but for investment and business as well,” he said.
(CLF)