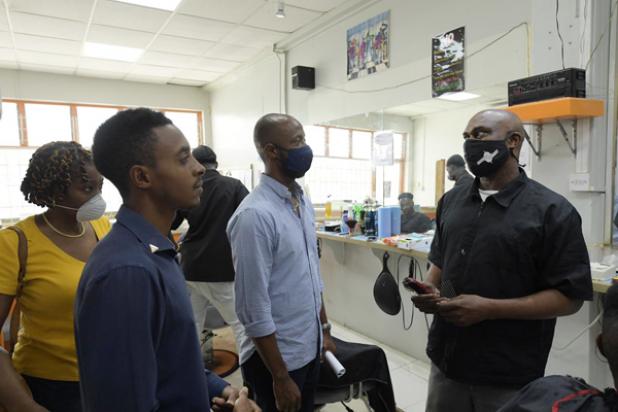 Walters, who made a tour of some of the small businesses in his
constituency yesterday morning, said that those he had visited
indicated that they did not take up the opportunity of receiving
assistance because of what he termed some miscommunication.

After speaking with the business owners, Walters stated that he got
the general feeling that many did not know that there was grant
funding and subsidies, and instead “some thought it was a loan and
instead used their savings”.

Walters told The Barbados Advocate that the purpose of the tour was to
assess how the businesses were impacted by the Covid-19 pandemic and
the subsequent shut down of the island. It was also to see how they
were coping with the reopening.

He is hoping that when the government does its assessment of funds
used and there is any residual balance, that it can be put to help
some more small businesses.

“The small businesses have the will and the intent and I think they
will survive,” said Walters, but the objective is to do more than just
barely survive from week to week.

“We need to be concerned with the development of small businesses so
they can grow and offer employment and support families… we want them
to thrive and not just hang on.”

For this to happen he believes that they need the support from a
formal level so they can pay NIS and Income Tax.

Walters is hoping to encourage an entrepreneurial mindset as he
believes there are a lot of people in Barbados with the skills and a
lot of artisans who can look at becoming entrepreneurs as a viable
option in the future.