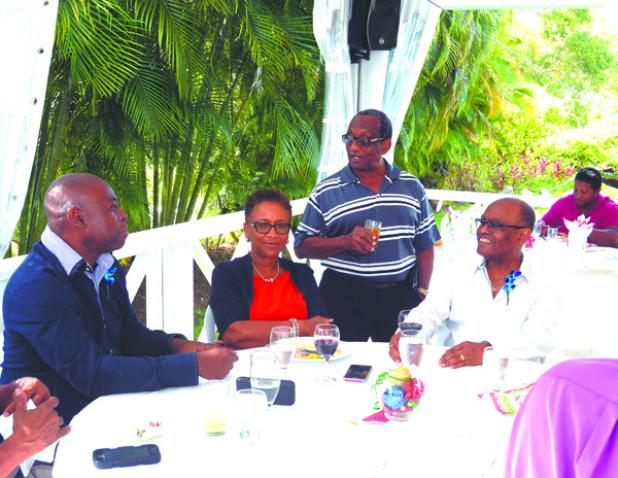 Thu, 12/22/2016 - 12:00am
Hewitt: Supply of energy to the country was uninterrupted
DEPUTY Chairman of the Barbados National Oil Company Group (BNOC), Ronald Hewitt says in spite of some challenges, there were a number of positives recorded in the company during the course of the year.
He was delivering remarks at a joint luncheon bringing together staff from the BNOC, the National Petroleum Corporation (NPC) and the Division of Energy and Telecommunications at Mahogany Ridge earlier this week.
“Matters of the supply of energy to the country through liquid energy, gasoline, diesel and so on were done uninterruptedly and they were supplied to the market at the best possible prices, that any small island was able to produce its products,” he said.
According to Hewitt, “We completed the drilling programme and we did so below budget and I think we did better in terms of finding reserves than we have hoped.”
We maintained the relevant production of both oil and natural gas at the level which we are used to. The supply of natural gas so far has been uninterrupted ... We assure you there will be no interruption in the supply of natural gas thanks to the hard work of both NPC and BNOCL working together,” he assured.
Hewitt also assured that the BNOCL is cognisant that clean energy is the way of the future.
As it relates to challenges, he stated that the group of companies must face these challenges with confidence.
“Consolidation of the natural gas distribution facility is one of those improvements we will see as we go forward but we understand that there is strength in unity and we believe that as we go move forward toward as an energy sector we will continue to do Barbados proud as we have done over the last 50 years.”
“That is a very important job and I would like to say to you that each one of you must think of yourself as one who is contributing to the production of energy in your country. It doesn’t matter what you are doing. Once you are working in the energy sector, recognising that energy is the key to our development, then you are doing a job well done in terms of assisting in the development of Barbados,” he said. (JH)