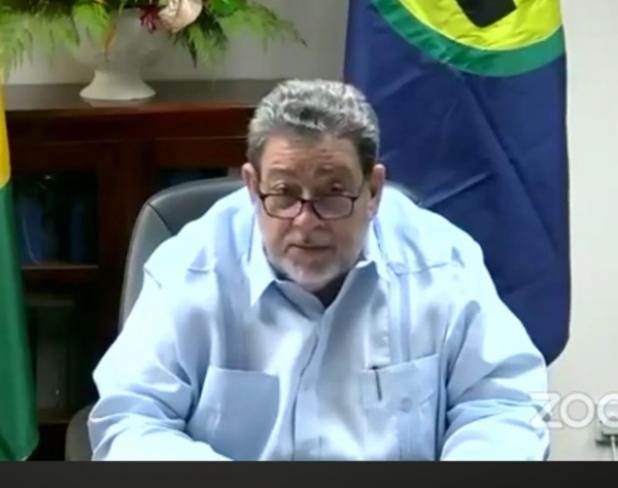 Prime Minister of St. Vincent and the Grenadines, Dr. Ralph Gonsalves, is the new Chairman of the Caribbean Community (CARICOM).

Prime Minister of St. Vincent and the Grenadines (SVG), Dr. Ralph Gonsalves, has taken up the Chairmanship of the Caribbean Community (CARICOM) with a mission to revive regional air transport.

Dr. Gonsalves, who is also Chair of the Transportation Portfolio in the CARICOM Quasi-Cabinet, said that he has already been in touch with several airlines, the principal ones being Caribbean Airlines (CAL), InterCaribbean, One Caribbean and SVG Air.

“The challenge which is upon us in respect of regional air transportation is one which is in our hands to solve,” he maintained.

“I believe that we are going to be able to provide in a very short time a sufficiency of regional transport to serve the sub-region – to serve ourselves safely, reliably, sustainably and reasonably priced.”

Yesterday, he gave this assurance during the 20th Special Meeting of CARICOM after assuming Chairmanship from Prime Minister of Barbados, Mia Amor Mottley.

He also revealed that immediately on the agenda continues to be the challenge of COVID-19 and its four interconnected dimensions of health, economy, society and security.

“The socio-economic recovery of our region; the strengthening of our region’s resilience against multiple vulnerabilities; the building of a better, more equal, more inclusive global order in full recognition of a properly articulated small state exceptionalism; and the further upliftment of our Caribbean civilization in every material particular within our region and in our interface with others – in our hemisphere, developing world, major economies and the global institutions.”

The SVG PM, who will hold the post of Chairman for the next six months, commended the work carried out by Prime Minister Mottley during her tenure over the Caribbean Community.

In fact, Dr. Gonsalves disclosed that he has asked Ms. Mottley to continue her leadership work in several areas during his chairmanship.

“We will work closely with one another, with the Secretariat and the Bureau and other colleague Heads of State and Government over the next six months, which will be vital for our Community and its people,” he said. (TL)