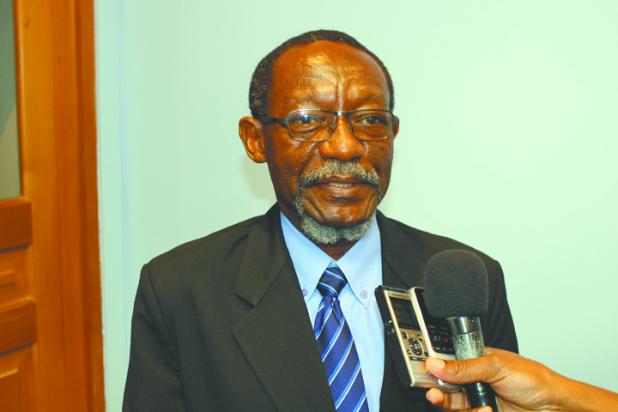 Request for Population Census to be postponed by one year

The Barbados Statistical Service (BSS) is hoping to go digital for Barbados’ next Population and Housing Census, but that census may likely be postponed by a year, due to staffing and finance issues at the BSS.

Director of the Barbados Statistical Service (BSS), Aubrey Browne revealed the above, as he spoke with members of the media during a break from the opening of the Caribbean Thematic Statistics Conference held at UN House yesterday.

“Our main challenge is to prepare for the next population census. So that is going to be one of the main areas of focus (next year). We are trying to organise ourselves so that we can conduct the population census. This time we are going to use technology, so we will be using the available technology to gather information in the field, using tablets for example. So that’s our main challenge at the moment, trying to organise the transformation process of gathering our statistics for the population census, via tablets,” he first outlined.

Browne then added, “The Population Census was scheduled for next year, May 2020. At this stage, we are asking for a recommendation to government that it be postponed by a year, to May 2021. So we would have to wait to have the decision of our Prime Minister (Mia Mottley), as to whether we will postpone it.”

“As I said before, we still have a challenge with resources, so right now we are not adequately prepared to conduct it in May 2020,” Browne added.

The BSS Director also pointed out that whilst the aim was to also push ahead in establishing a National Statistical System in which data from different units could be pooled and accessed by the public, that also is on hold, due to the challenges being experienced.

“The whole idea is that the national statistical office – the Barbados Statistical Service would act as the co-ordinator for all of the statistics, so we would co-ordinate with the different units that produce statistics and form a National Statistics System. So we would co-ordinate the statistical work programme, so that there would be no duplication of efforts and sharing of information, that we would all be able to produce the required information within a given time frame, that would be available to various users,” he explained.

“One of the things that we really have to work on now is developing a release calendar for the release of statistics. We still have a lot to do in terms of that development, but the main challenge is having available resources to support the statistical organisations,” he continued.

“As you would be aware, we are still operating under an IMF programme, so we have some serious challenges in terms of allocating resources and that is the main challenge we are facing at this time. Right now we are operating at less than an optimal situation, in terms of organisation and I am talking about both human and financial (resources). Staffing is an issue and the financial resources,” Browne maintained. (RSM)