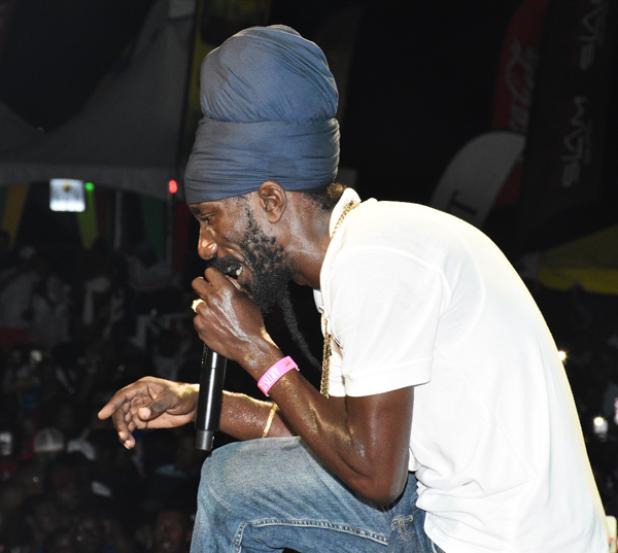 Jamaican reggae star Sizzla Kalonji was in fantastic form at Pirate’s Cove. He whipped patrons into a frenzy delivering a typically entertaining set at the 2019 Reggae Beach Party.

The consummate performer reeled out hit after hit in an almost hour-long stint which left his fans satiated. Unlike Saturday night where some attendees were disappointed that they did not hear some of their favourites from Buju Banton, this was not the case at the close of this event.

As the final act for the night, the veteran entertainer delivered a fiery performance where it was impossible to keep track of the huge number of top tracks that he belted out. Sizzla teased with a few lines, but avoided fans feeling cheated as he quickly shifting to another equally well-loved song. The audience barely had time to scream in appreciation before he was on to the next chart topper.

Some hits delivered in quick succession included, “Thank You Mama”, “Be Strong” and “Can’t Keep a Good Man Down”.

The temperature reached sizzling pitch when Kalonji was joined on stage by fellow Jamaican trio Wayne Wonder, Spragga Benz and Agent Sasco, who also appeared on the ‘The Long Walk to Freedom’ concert which featured Buju Banton. This tune for tune session got the audience even more hyped.

Busy Signal, who was the penultimate performer impressed the audience with a stream of popular songs including “Stay So”, “One More Night” and “Unknown Number”.

Earlier in the night patrons were treated to performance by Marzville, Holla Bak and two-time Bashment Soca King – Stiffy.