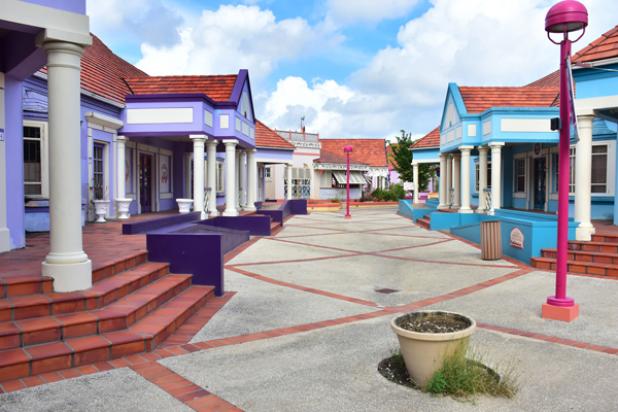 Pelican Village seems to have lost its attraction to visitors, but the PdP will seek to breathe new life into the cultural space.

Spokesperson for Culture Alan Springer of the Opposition People’s Party for Democracy and Development (PdP) has contended that now is the time for Pelican Village, along with Heroes’ Square and Independence Square, to be used as cultural hubs for visitors to the island.
While recently outlining the Alternative People’s Plan for the Creative Economy, Springer lamented the fact that Pelican Village was seeing fewer visitors over the years, despite being a stone’s throw away from the Barbados Cruise Terminal.

“Pelican Craft Village is in vital need of regeneration where and with its close proximity to the cruise terminal, Pelican should be profiled as a customer-friendly, well presented space for open air visual and performance arts, street theatre and en-plein-air,” said Springer.
The PdP spokesperson for culture also recommended that visitors should be guided to the colourful village via a purpose built walkway.

“A pedestrianised walkway can be created from the cruise terminal whereby cruise traffic is directed through Pelican enroute to Bridgetown. Working with tourism, Pelican can be rebranded and repositioned as one of our leading tourist attractions for the arts,” explained Springer.

The Alternative People’s Plan for the Creative Economy also has a cultural vision for Heroes’ Square and Independence Square. Springer outlined the plan for both squares to be developed for the betterment of Barbados where they would facilitate the open air arts and cultural spaces for locals as well as visitors to the island.

“Independence Square will be developed as an arts space for street theatre and en-plein-air, managed by the BAC. Heroes Square will be managed by NCF and turned into an open air museum with a genuine legacy to our heroes with statues and information pillars giving a sense of style to the center of Bridgetown,” said the PdP spokesperson.

The PdP also has envisioned developing a water taxi service, which could be incorporated into a tour system that would link the regenerated Pelican Village to the two squares via the careenage. (AS)