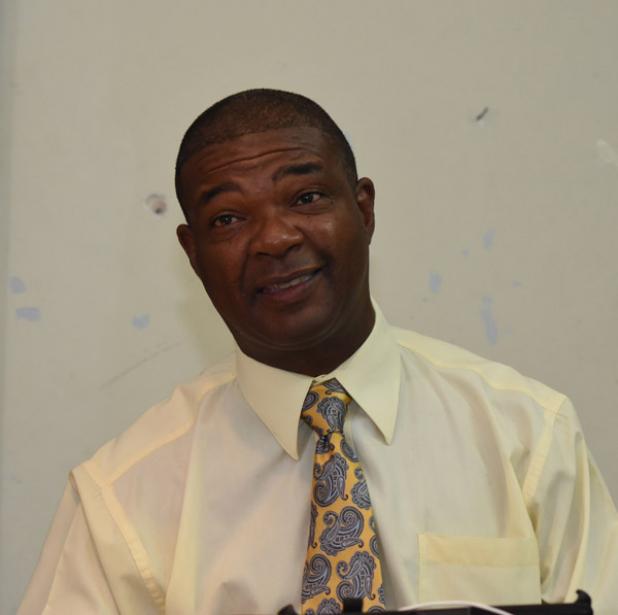 Sat, 06/18/2016 - 12:00am
Parents urged to keep an eye on children’s friends
“Know your children’s friends.”
That’s the appeal to Barbadian parents from Education Consultant/Advisor to the Ministry of Education, Science, Technology and Innovation, Dennis Holder.
Delivering the lunchtime lecture at the Democratic Labour Party’s headquarters yesterday afternoon on the topic “Deviance and Youth at Risk”, Holder further urged parents to play an active role in choosing who their children associate with.
He made the comments as he said that it is imperative that parents recognise and appreciate the role peer relationships play in their children’s development, and as such is warning them to be careful of the friends their children meet and keep. Holder made the point as he lamented how laid back many parents are today regarding their children’s friends. He was at the time referring to the four risk factors that have been identified by the National Conference of State Legislatures in the United States, which are said to increase the likelihood that youth would engage in delinquent behaviours, among which peer groups have been listed.
“As a boy growing up I could not leave and go by other people’s houses. Firstly, I let my parents know where I was going and then they had to contact the mother or father of my friend to find out… they went behind our backs and found out who our friends were. They found out where you were going, who you were keeping friends with, and that is important. But today, no! I find that the parents of today are allowing their children to have casual friends and friendships and they do not check to see who these friends are, what their social background is, where they come from, nothing of the sort,” he stated.
The education consultant maintained that parents need to ensure that their children are growing up in the right peer groups which would allow them to successfully transition into adulthood, and not to take a path towards deviance. With that in mind, he took the opportunity again to encourage modern day parents to “go out there and do your homework when it comes to your children and their friends”. (JRT)