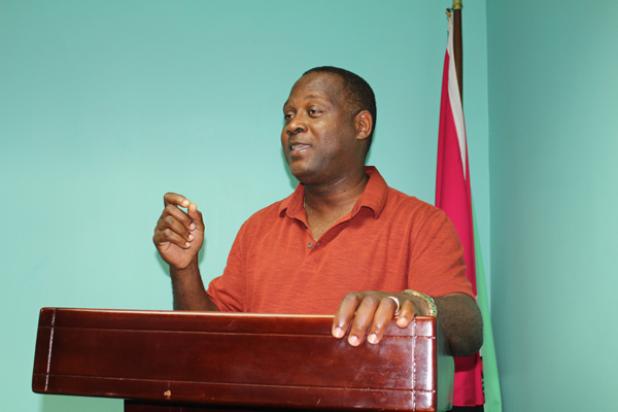 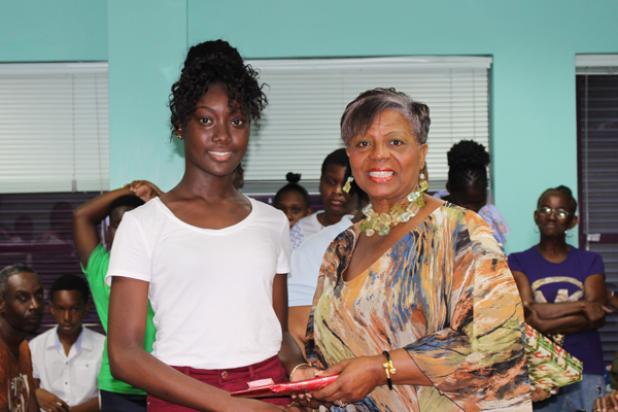 Several charities and community organisations have benefited from the ten per cent pay restoration which Opposition Members of Parliament received in the first quarter of this year.

So says Member of Parliament for St. Thomas, Cynthia Forde. She made the comments while representing the Leader of the Opposition, Mia Mottley, at the Eden Lodge Youth Charitable Trust’s Annual Christmas Presentation held at the City of Bridgetown Credit Union building on Lower Broad Street on Saturday evening. The event was hosted to present a number of children with gifts for the season, in recognition of their outstanding performance in academics, sports or cultural activities.

According to her, among those who have received money to date are the Salvation Army, the Cancer Society, the Diabetes Association, the Red Cross Society and the Challenor School. In addition, she said donations were made to Dominica, “to the tune of thousands of dollars” to assist persons in the aftermath of the catastrophic damage that country sustained during the hurricane season.

“We will not take a red cent from our ten per cent that has been given back to us because we still empathise with the rest of the public, because we believe that through charities of this nature it will filter into the rest of Barbados and all of us at the end of the day will be happy people,” she added.

Back in 2013 as part of Government’s deficit reduction plan, the salaries of Ministers, Parliamentary Secretaries and Members of Parliament were slashed by ten per cent; and then at the beginning of this year, some 12 months after that 19-month programme was to end, Government tabled the Ministers and Parliamentary Secretaries (Remuneration and Allowances of Members) Order and the Senate and House of Assembly (Remuneration and Allowances of Members) Order to restore that money. But the Opposition made it clear that they would not be accepting the restoration of any salary, until the public servants, who had not received a salary increase since 2010, were given one.

“When our ten per cent was taken away we understood it was for a better and a bigger cause and we believe that in the light that our civil servants across Barbados, the public servants, have not been able to get a salary increase that we would not take back our ten per cent that we had given up for more than two years. So when the funds were made available the Labour Party said if the civil servants can’t get an increase or the other workers in Barbados, we are not going to take the back pay,” she said.

Reflecting on that, Forde indicated that every month since then when the money is put into their accounts, it is diverted to local charitable organisations which are “feeling the economic squeeze”.

“This is not a political statement, it is a conscious statement from all 30 of us that are candidates because we understand and we see it every day. We see the suffering, we feel it ourselves in or pockets, but we know it is going for a better cause. If we were getting it we would have to spend it in the constituencies anyhow, but once it goes to the charities, these are the charities that have to look after our health and our well-being,” she said.
With that in mind, she took the opportunity to laud the Eden Lodge Youth Charitable Trust for all the work it has been undertaking. Forde made the point as she said that without them a number of children would not have had much needed back to school supplies.
“It is not just Christmas time; this charity is looking at you throughout the entire year… The kind osf arduous tasks that I see members of the Trust performing, it speaks volumes of the tenacity, the commitment, dedication and interest in human beings. It is not easy to do community work, but the kudos should be offered to those who go into the trenches and the highways and the byways to make sure that other people sleep comfortably at night; that children can get to school on time and properly deported for the start up of school,
because that is always
a big problem,” she
stated. (JRT)