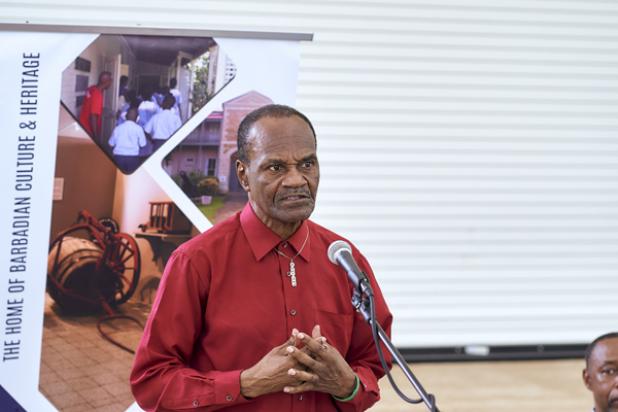 One of Barbados’ most popular talent contests has found a new home this year to showcase the best in local talent. The annual Richard Stoute Teen Talent Contest, will now be held on the picturesque grounds of the Barbados Museum starting on August 11.

The Director and creator of the long-running contest, Richard Stoute, spoke at the museum on Wednesday during a brief press conference to announce the start of the competition; signalling his pleasure in having it held at the new location this year.

“First let me say I am extremely happy to be in this new venue; the sound system, the lighting, and staff are all excellent. I am looking forward to having a wonderful season here at the Barbados museum. We have also decided this year, to have persons from the disabled community involved in the competition but in a different capacity. We have always argued for a level playing field for persons with disabilities, so instead of competing by themselves, if they do come, they will be competing with those in the main competition.”

According to Stoute, this change was seen as an important step to make, to support those with disabilities, in their efforts to showcase their talents evenly in the competition, and demonstrate that they have a place in wider society.

When asked about the other changes in the competition in which former winners can now compete again, Stoute claimed adamantly that this was never a change made recently but rather this was always a part of the competition from its inception.

Finance Officer at the Barbados Museum, Errol Clarke, was proud of his organisation’s commitment to the contest this year, speaking on how obvious it was for the museum to take part in such an initiative.

“The Barbados Museum and Historical Society, is proud this year to host the 43rd edition of the Richard Stoute Teen Talent Contest. We are responsible [here] for the conservation and preservation of Barbadian heritage and culture, so it’s a natural fit to be associated with an institution that has been the bedrock of entertainment here in Barbados for such a long time.”

Competition begins August 11 with preliminaries, and finals night is slated for November 3.