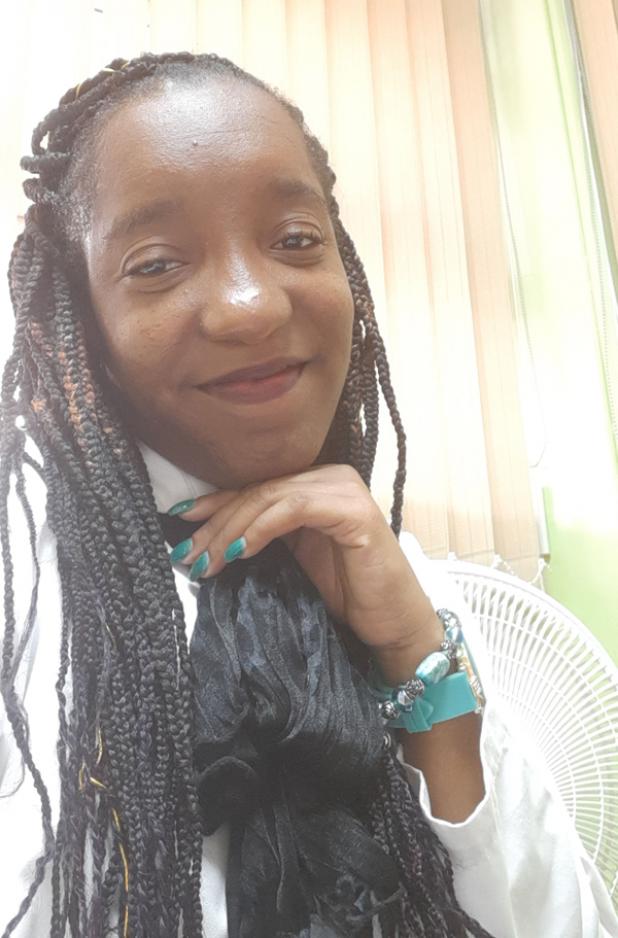 Deanne Phillips continues to be a ray of light despite the debilitating effects of Myasthenia Gravis.

There is a call for greater awareness in Barbados for Myasthenia Gravis (MG) and it is coming from one of the island’s most outspoken advocates for the disease, Deanne Phillips. With the name translating from Latin and Greek to literally mean ‘grave muscle weakness’, Phillips is doing her best to educate Barbadians one at a time to the plight of the ‘snowflakes’ as they are nicknamed.

Speaking to The Barbados Advocate, Phillips noted that there were two types of MG – Ocular MG, which affects the eyes and manifests as a ptosis of the eyes, which looks like drooping or swelling and makes voluntary movement very hard; and General MG. Explaining that she did not have Ocular Myasthenia for very long before progressing quickly to General, Phillips stated that all cases were different and some persons had both or just one.

“General Myasthenia affects the muscles in your body like your arms, your legs and your breathing muscles. So the more you exercise a muscle, the weaker it gets. Something as simple as swallowing becomes very difficult.

A person who has Myasthenia Gravis, when they say they can’t swallow properly it is considered an emergency, because it means that the next step can be that the muscles that help them to breathe fail,” she said, adding that they would then have to be put on machines to assist breathing.

Phillips, who has a twin sister who does not suffer from the chronic autoimmune neuromuscular disease, said that it was not as common as Multiple Sclerosis and that about 200 persons suffered from it in Barbados. She also noted that she expected the number to be much higher as persons can have it and not know. Stating that unless a patient is seen by a doctor who knows what to look for, Phillips said that it is not easily diagnosed and that her case was diagnosed in December of 2014 after knowing for two years prior that something was not right despite all blood tests returning normal.

Speaking on how the disease affects her personally, Phillips said that it caused her to have to slow the pace of her life down. “It makes my life different because I have to accept that the way of living that I would have known before where I could do the most and be okay, I can’t. Sometimes something as simple as bathing is a task. Something as simple as a cold will put me in the hospital. If I exercise too much, I can exacerbate my condition. If I become stressed, I will land in the hospital. So I have to pace myself and tell myself that when I am taking a break physically and mentally, it doesn’t make me lazy because I have to do it in order to continue,” she said.

Noting that she was constantly at the mercy of the condition, Phillips went on to say that everyday was an adventure. “I had five or six flare-ups a year when I was first diagnosed and three to four admissions to the hospital a year. However, they were able to get it under control and I was in remission for over a year. Then when all of the viral illnesses started popping up last year, I came out of remission. I have not been given the okay as yet, however my flare-ups are a lot less now, but I have to be very careful because the country is out of the medication.”

Revealing that there was no known cure for the disease, she did say that there was a glimmer of hope on the horizon for sufferers of the disease here in Barbados. “There is no cure. There are treatments, but you have to find the treatment regime that suits you, because every person with Myasthenia does not present with the same symptoms and the same treatment does not work for everybody. A lot of the treatments that are available overseas are not available here.”

With the month of June designated Myasthenia Gravis Awareness Month, the local chapter of the global movement was dealt a hefty blow by the COVID-19 pandemic. “The Myasthenia Gravis Association of Barbados was hard hit in the sense that we use the month to do awareness and fund-raising activities. Because we are not funded by Government, we have to depend on our activities and organisations for donations. Since no awareness was raised and we were unable to do any of our activities, we would not have made any money to put into the coffers. And since businesses were also hit, so donating to a non-governmental organisation would not be high on their priority list,” she said, noting that the funds were used to assist members with treatments and supplies and the administrative functions of the association.

Holding an Associate degree in Health Information Management and currently working at the Queen Elizabeth Hospital as a Medical Records Clerk, Phillips continues to be cheerful as she looks to the future. “Ideally in the next few years I would like to be full-time at the hospital, to hopefully be paying for my own home and to have a child. However, because my Myasthenia is so unpredictable, I either have to make up in my mind that I may not have a child or plan very carefully for one. I also have to accept that my body may not allow me to be able to work full-time and that I may always have to work in a relief capacity,” she said. (MP)