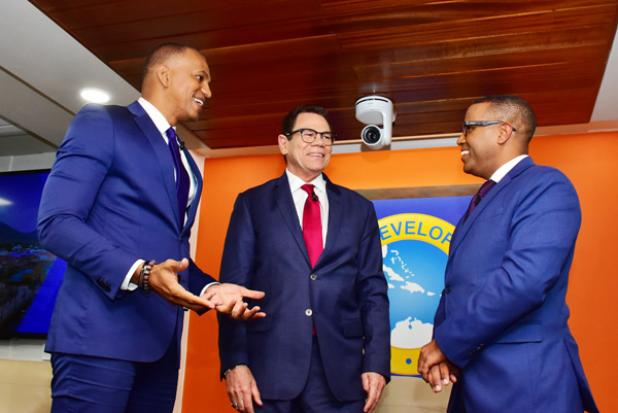 THE Caribbean Development Bank (CDB) is projecting that the Barbados economy will grow by at least one per cent in 2020.

The growth forecast was outlined yesterday by Dr. Justin Ram, Director of Economics at the Barbados-based CDB. The Bank held its annual news conference that reviewed the 2019 performance of the regional economies, while making projections for 2020.

The CDB’s projection for Barbados comes against the background of issue being taken by some local economists with respect to the projected growth range of between 1.25 per cent and 1.75 per cent given by Governor of the Central Bank of Barbados, Cleviston Haynes.

Dr. Ram said that the Bank’s outlook for Barbados hinges on new projects being started this year on top of the economy being stabilised.

The official believes that now that the Barbados economy has been stabilised, it is set for growth. “So for 2020 we are estimating a GDP rate of one per cent,” he reiterated, noting however that Barbados needs to get a number of good infrastructure projects going.

According to him, this includes investments in the tourism plant. “We think that if the Government is able to approve some of these projects and they begin in 2020, this augurs well.

He explained further that when one looks at Grenada, that island went through a similar exercise towards the early part of 2010. Grenada went through a strict reform programme similar to what Barbados is doing.

Grenada got investments to build a Sandals resort which had a positive impact on their growth.

He said that 2019 was the first full year of operations of the Barbados Economic Recovery and Transformation (BERT) programme the country is pursuing with the International Monetary Fund (IMF).

“That means they have had to put in place some reductions in expenditure and enhance their revenue capabilities.

“This has meant that any kind of reform programme of this nature, that the economy would likely have contracted and this is what happened in 2019,” he explained to the media.ﾥ