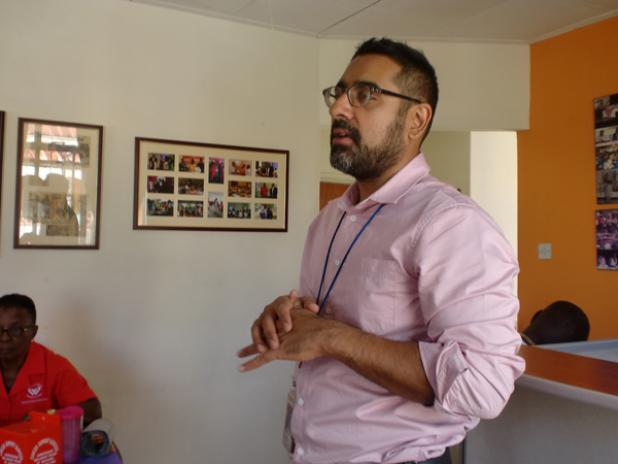 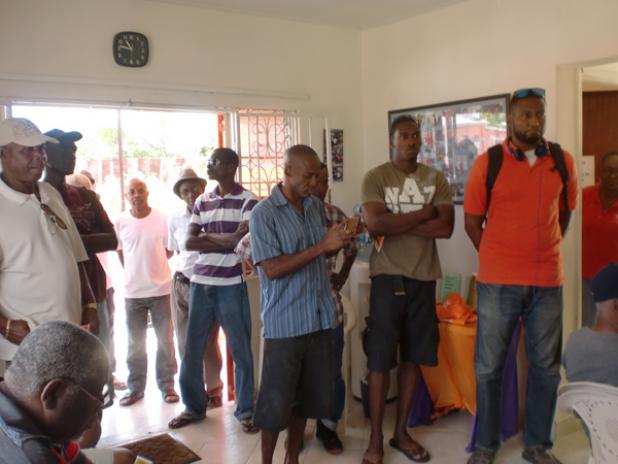 Men get informed about prostate cancer

Fri, 01/20/2017 - 12:00am
Prostate cancer is the most commonly diagnosed cancer among men and the most common cause of cancer death among men in Barbados.
Consultant Urologist Dr Jeetu Nebhnani shared this with scores of men gathered at Cancer Support Services (CSS) for the Prostate Specific Antigen (PSA) test – a blood test used primarily to screen for prostate cancer.
He made it clear that the PSA will not tell if they have prostate cancer or not, but screens to detect the disease at an early stage – when it has no symptoms, to possibly treat and cure it.
PSA is a protein produced by cells of the prostate gland. The PSA test measures the level of PSA in a man’s blood.
“We can screen for prostate cancer by PSA and an examination of the prostate. A lot of men get confused and think you do one or the other – you need to do both,” he stressed.
“You’re not doing yourself a full service by just getting the blood test and not getting the examination. Reason being is that one can be normal and the other abnormal. Either one being abnormal means that you need to have further tests on the prostate. If one is abnormal it doesn’t mean you have cancer, if both are abnormal it doesn’t mean you have cancer. If both are normal, its less likely that you have cancer – you don’t need to have further tests.”
Dr Nebhnani explained that cancer is abnormal cell growth and in prostate cancer, cells grow out of control and form tumours.
“So, in the early stages when it’s just a few cells or a very small tumour there are no symptoms; you don’t feel anything. Therefore, people think I don’t have any symptoms, I can’t have prostate cancer. That is not true…In those early stages when it has no symptoms, that is when you can diagnose it early and treat it because it has not moved outside the prostate…and possibly even cure the cancer.”
He further pointed out, “If the PSA is high or the prostate feels abnormal, either one or the other, you may need further investigation with a prostate biopsy, which is essentially taking some pieces of the prostate out, sending it to the lab to see if there are cancer cells.”
The Urologist recommends screening between the ages of 50 to 70, but men who are at higher risk of prostate cancer, whose father or brother had prostate cancer, should begin screening from 40.
(TL)