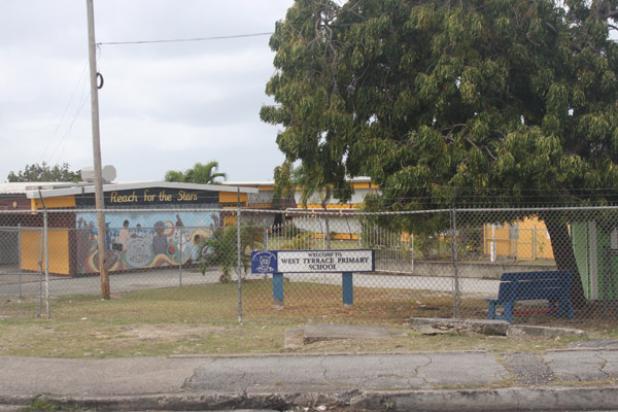 One person who reached out to The Barbados Advocate told of his horrible experience when he took his elderly mom to get her vaccine at the West Terrace Primary School in St. James.

As government continues to speak highly of their national COVID-19 vaccination programme, which has inoculated over 15,000 Barbadians to date, there have been chinks in the armour that continue to show up. With the fledgling programme suffering from a severe need for some serious streamlining, the experience for some persons has been less than ideal.

One person who reached out to The Barbados Advocate this past weekend told a harrowing story about his experience as he attempted to have his 79- year-old mother vaccinated. Revealing that he had signed her up for an appointment through the correct channels and had one confirmed for Friday, the clearly-frustrated source noted that after receiving notification on Thursday, his time was set for 10 a.m. at the West Terrace Primary School.

After arriving at 9:30 a.m. and being greeted with a line that stretched about 400 to 500 metres, he said that he expected a wait and went to assess the situation. “Instead of going into the line I went to the gate first and asked a question because in my mind, if you are calling me down there for an appointment at a certain time, there should be something that is organised. I go to the gate and a lady is there and she is not dressed in any official gear or with any identification, but she is controlling the gate which is pulled in with a chain on it. So I asked her if this is the line for the appointments. She tells me that she doesn't know and everybody is in the same line so just get in it and come back.”

Going on to say that he expected a bit of a wait and travelled with a chair for his mother, he went back to the gate after seating her to find a security guard there and asked the same question, as there were several persons outside of the current catchment of 70+ persons. Being met with the same answer, he asked a question again after two hours on the outside and got a similar response.

Having moved only 10 to 15 metres in the line after four hours, our source noted that there was a development close to hour five.

“After nearly five hours of waiting, these two Defence Force people came and they were referring to one of them as 'Major'. He was talking to people on the inside first, then he came outside. He came and apologised and said that this was not how things were supposed to go; that they had 100 appointments slated for the day and people with appointments are supposed to come in first, not any and everybody coming in, and they already did over 100 vaccines,” he said.

Revealing that the military official asked who in the line had appointments and put those persons in a different line at the gate, our source stated that he and his mother were placed in a line of ten persons and they were brought in, sanitised and had their temperatures taken before being lined up for the vaccine. However, things took another turn for the worst from there.

“While waiting there now, he told the staff there that these are people who have appointments and they should be the ones to get the vaccine – not any and everybody. At this time, I'm thinking this is sorted. He left along with whoever else he was with and after leaving, who I assume is the Head Nurse, came and said that we have to hold on because there were people who were there from 8 o'clock to get a vaccine and it is unfair to them even though the Major came and messed up everything. She made three lines and started pulling persons from the other lines. This is going on to six hours now for a vaccine. My 79-year-old mother and other elderly people, who have appointments, and she is calling everyone else who doesn't have appointments to go and get vaccines, young and all other ages,” he said.

Noting that he was trying to bear it out in the meantime, the final straw came after a declaration from the person he identified as the person in charge.

“What broke the camel's back was when she came out because people were complaining and she said, 'If you can't take the grind, then leave.' What is that? You are telling people elderly people, who have appointments, who you called down there for 10 o'clock in the morning, and not providing anything – there's no bathrooms, there's no water, there's nothing. So I had to leave and at the end of the day, it is going on to 5 o'clock now. There is a 7 o'clock curfew, my mother has not eaten anything from morning. I had to even call a friend to drive by and bring a bottle of water and a Lucozade and up to now still not able to get her the vaccine,” he said.

Adding that he had since called several government agencies, to no avail, our source said that he refused to take his mother from home again unless he was given an assurance that she could be seen upon arrival.

“So I don't have any appointment, the appointment that I did have never happened. So where am I now? Nowhere. I've exposed my mother to a whole bunch of people who might have COVID, never got the vaccine, stood there for six hours, she has hypertension and has diabetes, without anything to eat for that whole time, and you are going to come and say 'If you can't take the grind, leave'? What grind? I expected a wait, yes, but six going seven hours?” he said. (MP)