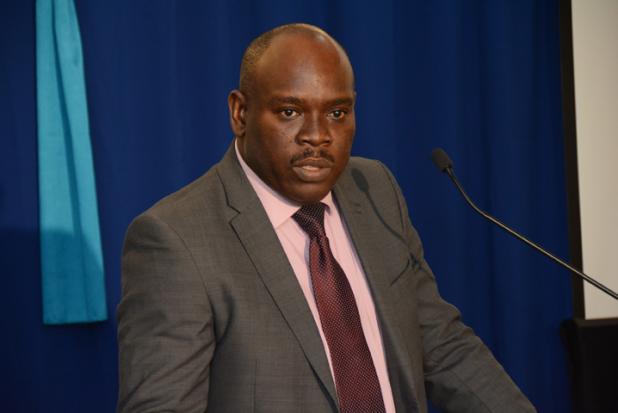 Minister in the Ministry of Finance, Ryan Straughn. 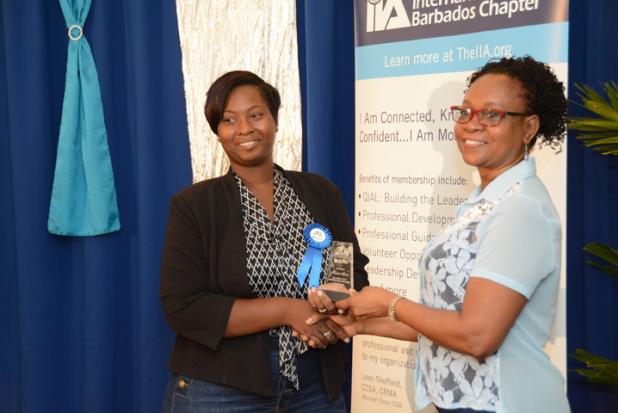 Krista Moore accepts a special award from President of the IIA Barbados Chapter Esther Griffith during their 20th Anniversary event, which was held at Radisson Aquatica.

In a bid to improve the delivery and quality of public sector services, government is establishing an Internal Audit Office by September 2021.
Minister in the Ministry of Finance, Ryan Straughn, told yesterday’s Barbados Chapter of the Institute of Internal Auditors’ (IIA) 20th Anniversary event, “Unless we are committed to improving our processes and lifting our standards then unfortunately the quality of public service will continue to deteriorate, because we are not keeping up with the times and so therefore the challenge is to do things differently, but to bring the average citizen along as to how this will impact on them.”

Addressing the group gathered at the Radisson Aquatica Resort Barbados, Straughn insisted that dissecting “every single part of the process every department engaged in” is critical to how the island was being transformed.

“The truth is the internal audit presents that skillset to determine whether internal policies are indeed effective in terms of delivery, and this is why we have determined it is important that not only from a financial perspective that there needs to be an internal audit office, but from a process review and consistent improvement in the way that government delivers. I would hope that the private sector sees the benefit in terms of engaging in terms of internal audit professionals because unless we are committed to a constant review for improvement, then Barbados would become less competitive going forward,” he added.

He explained the office, which would maximise the delivery of services so that the taxpayer could have confidence in the management of public finances, would be led by a Director reporting to an Internal Auditing Committee.

Admitting government previously had employed internal auditors to look at various departments, he said this had been challenged due to a lack of resources.

In delivering her remarks, President of the Barbados Chapter of IIA Esther Griffith gave support to the move. “The Chapter supports the Government’s initiative to implement an Internal Audit Office in the government Sector with the recent enactment of the Public Finance Management Act, 2019. The Chapter stands ready to assist the Barbados Government with this project,” she said. (JMB)