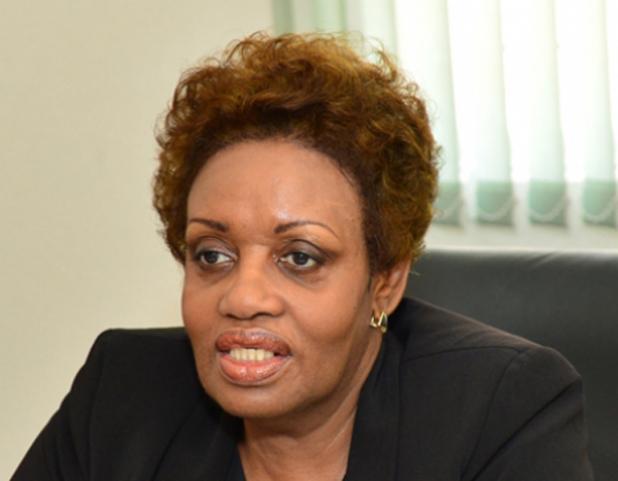 Member of the United Nations (UN) Committee on the Rights of the Child, Faith Marshall-Harris.

There are a number of environmental health hazards that are having an impact on children in Barbados and across the region and as such, more work needs to take place to safeguard children’s rights, ensuring that they have access to a safe and clean environment.

Member of the United Nations (UN) Committee on the Rights of the Child, Faith Marshall-Harris suggested the above, as she spoke during the recently held Global Youth Network Summit on Climate Change and Health, hosted virtually by The Ashley Lashley Foundation in partnership with UNICEF and the Children’s Environmental Rights Initiative.

“We in the Committee, in exploring and interpreting the Convention, recognise that environmental harm interferes with the full enjoyment of the vast range of rights of the child. We recognise that every child has an inherent right to life and the Convention shall ensure to the maximum extent possible, not only the right to survival, but also the development of the child. We recognise that the status of environmental health, it is closely linked to all of the other rights,” Marshall-Harris asserted.

Looking specifically at the Caribbean region, Marshall-Harris pointed out that children are particularly vulnerable to certain environmental risks and hazards, and a key one is air pollution.

“I haven’t been able to establish the statistics, but a large proportion of our children in this region suffer from asthma and I am told this is directly linked to poor air quality, the air pollutants from brush fires, cane fires, the fossil fuels from vehicles and the burning of household refuse. This affects to a large extent a number of children. Many of them thankfully grow out of it, but it does hamper their development,” Marshall-Harris pointed out.

She added, “We have to remind persons that children are more susceptible to air pollution than adults, since they have smaller respiratory airways and (cannot) block the infection.”

Another difficulty noted by the Member of the UN Committee on the Rights of the Child, was that of traumatic events such as hurricanes, which can disrupt children’s lives and especially their education. There is also the impact on sanitation, which has far reaching effects, Marshall-Harris stated.

She also noted that during the years 2017 and 2018, countries in the region, inclusive of Barbados, experienced episodes of drought and lingering water scarcity issues followed, all linked to climate change and this is another environmental issue with which persons, including children, have to battle.

“We want more advocacy on these issues, because children’s rights, they’re under threat as long as climate change is an issue and we do not take care of the environment,” Faith Marshall-Harris said, even as she recommended that more children and young people be included in discussions and decision making processes that affect them. (RSM)