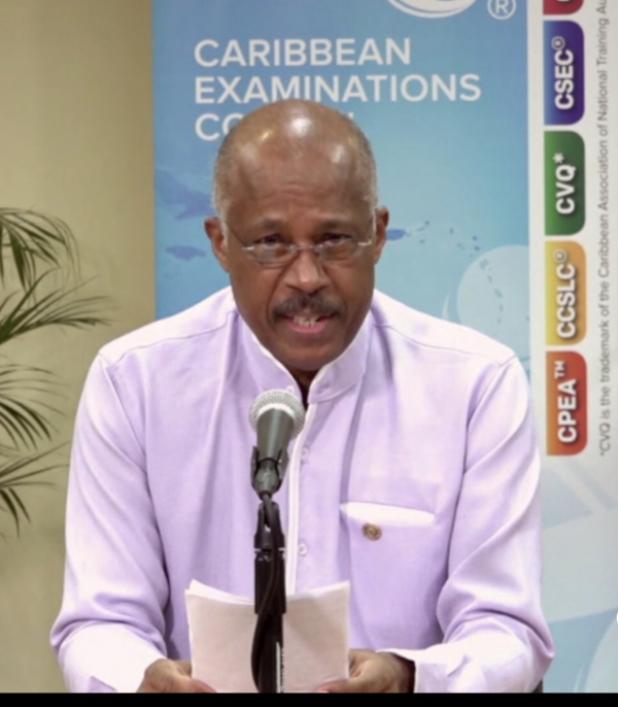 A public engagement strategy will be rolled out soon and all regional Education Ministers have received a draft report before a critical meeting between Management of the Caribbean Examinations Council today, Monday, October 19.

Chairman of the Caribbean Examinations Council (CXC), Professor Sir Hilary Beckles, indicated this during a virtual press conference about the Independent Review Team Report yesterday. The objective of today’s meeting with Education Ministers will facilitate the finalization of the report by the review team.

Sir Hilary added that the management of CXC will roll out a public engagement strategy to begin “the healing process”. The draft report has 23 recommendations and all concerns are expected to be addressed with immediate urgency, along with an audit review of all of the components of the ecosystem in which the CXC functions.

Communication from CXC could have been more effective

The head of the review team admitted that the communications between the various elements of the system could have been more effective. He also told the regional media representatives that despite the efforts of CXC, there was a measure of misunderstanding about the nature of the changes, particularly within the school setting.

“These misunderstandings contributed ultimately to a high measure of anxiety in respect of the performance by students, teachers and parents, and other stakeholders,” said Sir Hilary.

He also noted that the public outcry mainly from stakeholders originated from the notion of expected performance outcomes where predictions were sometimes at variance to actual academic results. He acknowledged that there were technical challenges in the examinations communication between the CXC and some schools.

“In some incidences, CXC could have responded to these concerns from students, schools, and parents with greater alacrity … notwithstanding the logistical and other technical challenges associated with COVID-19,” said Sir Hilary.

In his remarks, he lauded the performance of the Council during the pandemic. Sir Hilary said that the regional organisation had approved and implemented an innovative modified examination strategy for the region.

The educator noted that this modified approach is educationally and technically sound, and the system of marking and adjudication of performance and assessment is also technically sound and quality assured. Sir Hilary said that CXC professionally executed its duties befitting its reputation and competence.

Meanwhile, Registrar and Chief Executive Officer of CXC, Wayne Wesley, outlined the following recommendations to be implemented immediately. There will be an extension of the reporting and making of requests for queries and reviews from October 23 to November 6, 2020.

Another change was a reduction of fees associated with the requests for a review by 50 per cent (fees are now US$15). For persons who have already paid for their reviews, the difference will be refunded. The review process will include a remark of the review script.

In the cases where the review would indicate a decrease in grade, it will be discontinued for this session. The CEO and Registrar also stated that additional capacity will be put in place to ensure that queries can be dispatched immediately and resolved in the shortest possible time. He added that the backlog of queries will be cleared by this week. For students seeking to have direct contact with CXC, a provision will be put in place at the end of the week so persons can interact directly with the organisation online for a review request.