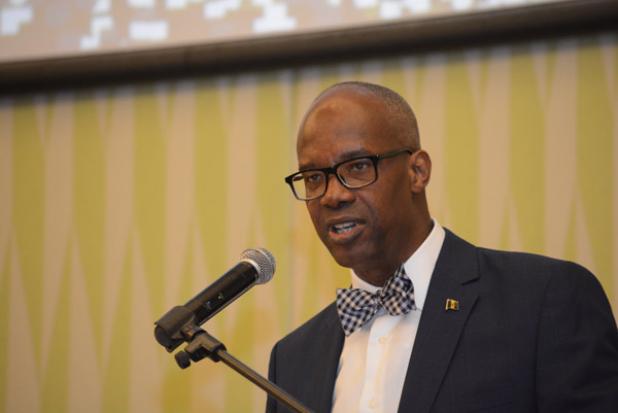 The Barbados Stock Exchange (BSE) has set its sights on becoming a global player on the international market in the exchange business.

Speaking during the sixth annual BSE Conference on Corporate Governance and Accountability, Managing Director of the of the BSE, Marlon Yarde, acknowledged that achieving this is not going to be an easy task, but they are ready and willing to undertake the necessary steps to achieve this goal.

He proudly noted that the BSE would have recently launched their International Securities Market (ISM), as well as blockchain technology. He added that the BSE is also focused on facilitating and trading those securitised tokens.

Yarde said he is hopeful that their regulator in the Financial Services Commission will support them as they head down this new and innovative path.

The Managing Director is also expecting to receive the requisite assistance from the Minister in the Ministry of Finance to help them in implementing the necessary incentives to get Barbados back to a state of sustainable prosperity.

He revealed that part of their strategy is to achieve recognised stock exchange status in international markets, as this would help place Barbados in a
better position to be able to garner new listings.

“In the UK, for example, we are in the process of filing applications to obtain recognised stock exchange status under section 1005 of the Income Tax Act in the UK,” he said.

Additionally, he revealed that they are also working towards becoming the designated offshore security market with the Securities and Exchange Commission in the United States. Yarde added that they are looking to work with Canada and Hong Kong in the future to obtain the relevant statuses.

“We believe that Barbados’ double taxation agreement with China was strategically negotiated and therefore serves as a gateway for local and international companies to tap into the abundant capital present in South East Asia,” he said.

“We are also developing key relations with the London Stock Exchange and the Toronto Stock Exchange to facilitate the eventual cross listing for our ISM.”

Finally, Yarde announced that they are in the final stages of negotiations for their blockchain space for provision of a trading platform for securitised tokens.