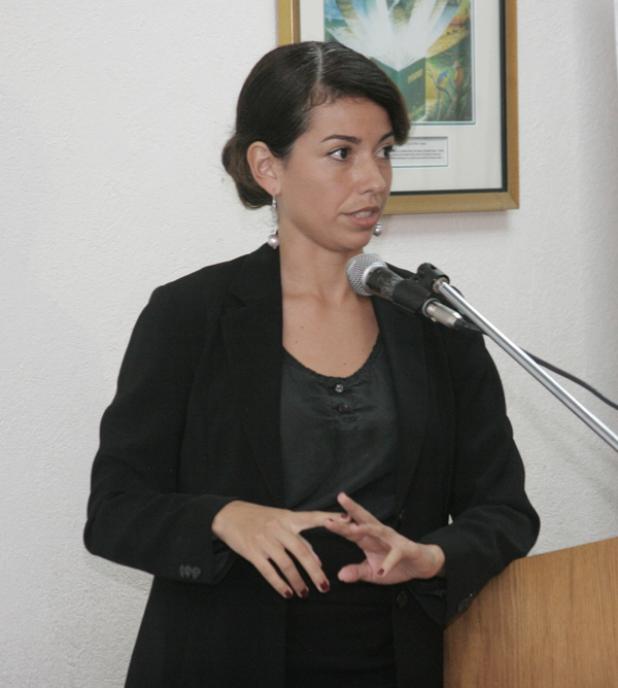 Miriam Alvarado, PhD Candidate CDRC/calHR, University of Cambridge, in her Evaluation of the Sugar Sweetened Beverage (SSB) tax in Barbados. 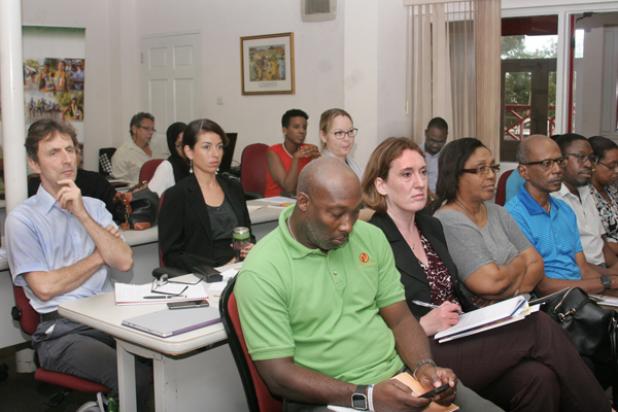 Some of those in attendance at the lecture.

Sugar tax not a silver bullet, but a start

The taxation of sugar- sweetened beverages is not a silver bullet to improving health in Barbados, but some officials believes that it is a good start.

This was the assessment made by Miriam Alvarado, PhD Candidate CDRC/ calHR, University of Cambridge, in her Evaluation of the Sugar Sweetened Beverage (SSB) tax in Barbados, while speaking at The University of the West Indies 5th Annual Medical Sciences Research Symposium last week.

She stated, “The ten per cent SSB excise tax in Barbados seems to be associated with a statistically significant 6.3 per cent increase in the price of sugary drinks. Companies do appear to have absorbed some of the tax, so consumers do not see the full 10 per cent price change at the checkout, and additional, publicity and messaging around the tax and health impacts of sugary drinks may also increase effectiveness.”

“In 2011, a study showed over 73 per cent of students stated that they usually drink carbonated soft drinks one or more times a day. In 2005, a dietary pattern study in Barbados showed that sugar intake exceeded the Caribbean recommendations almost four fold.”

He acknowledged it is not only in Barbados, but across the region. Price does influence behaviour, and it is important to discourage young people.He noted that childhood obesity impacts productivity and overall the economy.

He also warned it is not a silver bullet, and he also mentioned that in some cases, the challenge is that the retailer may be absorbing some of the tax, and he questioned, “Should the tax be higher?”

WHO recommends taxation of around 20 per cent to effect a significant reduction in consumption of such drinks. At the event, it was stated that evidence from the United Kingdom indicated that 20 per cent tax would reduce overweightness and obesity by two per cent. This is an important reduction and shows that SSB taxes could make a useful contribution to multi-pronged NCD prevention strategies. (NB)