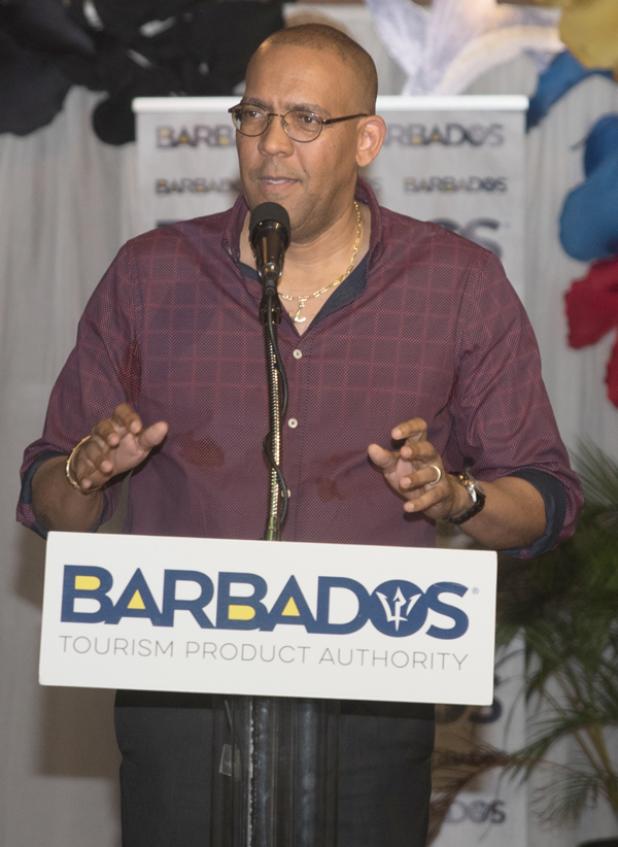 Minister of Tourism and International Transport, Kerrie Symmonds, has encouraged small hotels and villas to maintain a hopeful and cheerful outlook, regarding the recovery of the tourism sector.

Speaking at the Annual General Meeting of the Intimate Hotels of Barbados recently, Minister Symmonds addressed the owners and managers of the group, saying that despite the impact of the COVID-19 situation, there was a shining light coming for the core of smaller hotels.

Symmonds said there was some hope to be found. He referenced the book of Lamentations where the Bible says that through the mercy and compassion of the Lord that we are not consumed.

“My feeling is that we can take confidence in the fact that we see before us the resilience of Barbados and Barbados’ capacity to rise to unprecedented challenges and that was manifested by the way in which we responded to the COVID-19 pandemic on our shores,” said Symmonds.

He asserted Barbados began the re-entry experience last Sunday and that all fair commentators would agree that it was an excellent experience where it was carefully prepared for in every detail.

“Even in these dark and gloomy times, it is necessary for us to recognise that we can look at what we are able to achieve with a measure of confidence,” the minister said.

However, Symmonds explained that it was not enough to respond to the challenges as Barbados welcomed visitors again to the island, but to create a new standard by raising the bar on tourism and step outside the box. The minister pointed out that despite the best efforts of the Government, tourism will not return to what it was anytime soon, but highlighted that the Government was not asleep and the Twelve-Month Welcome Stamp initiative was an opportunity for hotels and the sector.

Referencing the loss of CARICOM visitor traffic from a grounded LIAT 1974 Limited, Symmonds stated that there was a need to replace that revenue to the island.

“The reality is that LIAT 1974 Limited would have brought approximately 250,000 people to Barbados every single year. The density of traffic in that network that LIAT had is not going to be replaced overnight,” he said.

However, the minister explained that there was work being done by One Caribbean Limited to advance the degree of operations done in the Southern Caribbean.

“We can realistically see that evolving in the not-too-distant future; a hub-and-spoke operation that will embrace Barbados and a number of the other islands of the Caribbean,” explained the minister.

Symmonds said that he believed that once One Caribbean was up and running, it would help in replacing the traffic lost by LIAT with four flights per day, in and out of Barbados as the hub. (AS)