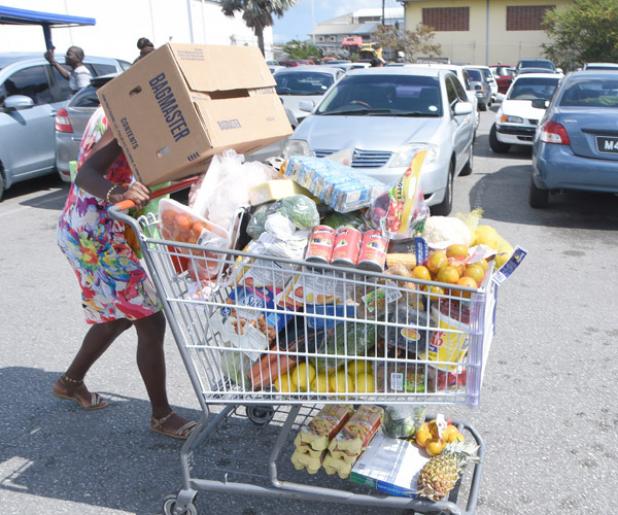 According to Director General of the Barbados Consumers Research Organisation Inc. (BarCRO), Reverend Malcolm Gibbs-Taitt, publishing the comparative prices of items is the best way for consumers to shop around when the supermarkets reopen.

Government is being urged to publish, once per week, a comparative price list of the items from the Basket of Goods, which are available from the large supermarkets in this country.

The call is coming from Reverend Malcolm Gibbs-Taitt, Director General of the Barbados Consumers Research Organisation Inc. (BarCRO). In a statement released to the media, Gibbs-Taitt contended that the absence of these prices has been a “serious omission” since the present administration took office, and particularly now with the stay-at-home order in place.

He made the point while noting that those prices were circulated under a former Barbados Labour Party Government and such information would not be difficult to make public, as the Ministry of Commerce has these prices at its disposal. His comments came as he said that such a move would ensure that establishments do not take advantage of customers by “constant unwarranted increases in the prices of goods”.

“The Ministry of Commerce and Consumer Affairs has the means to know the prices of each item carried by these large supermarkets.

“It would be helpful to publish comparative prices of items carried by the said supermarkets. It will also show up the discrepancies in prices, where these exist,” he stated.

The BarCRO spokesperson said the publishing of that information is the best way for consumers to shop around when the supermarkets reopen, especially under the circumstances, as any other way is expensive and prohibitive for consumers. His remarks came as he expressed dismay at what he described as the lack of thought that has gone into assisting consumers in meeting their needs during this period. The consumer advocate’s observations were made as he sought to explain the reason for some of the frequent long lines at various establishments.

“Money, or its lack by ordinary folks, is at the heart of why people shop so often – trying to make ends meet, so to speak. Let’s understand something, COVID-19 is no joke and must be taken seriously, but proper management of crowds has to be looked at by all the stakeholders. It is not good enough to have hundreds, if not thousands of black people, queueing to get groceries,” he stated.

Gibbs-Taitt added, “A simpler method would be to arrange for about 75 people to meet at certain times to gain admission; they would be given a specific time to shop, thus allowing others to meet, at staggered times, to avoid grouping. The logistics may be worked out.”

The consumer advocate is contending that we need to avoid supermarkets being closed for any length of time, as such can adversely affect those in the lower income bracket of our society. He is suggesting then that there are various other ways to allow persons to purchase goods than physically going to the supermarket, which have to be employed, including e-commerce as well as telephone or e-mail orders. In that vein, he is suggesting that various payment methods also have to be embraced, such that it is not limited to the use of debit or credit cards. He highlighted this need, noting that there are some persons who would not have those facilities and may only be able to pay in cash. (JRT)