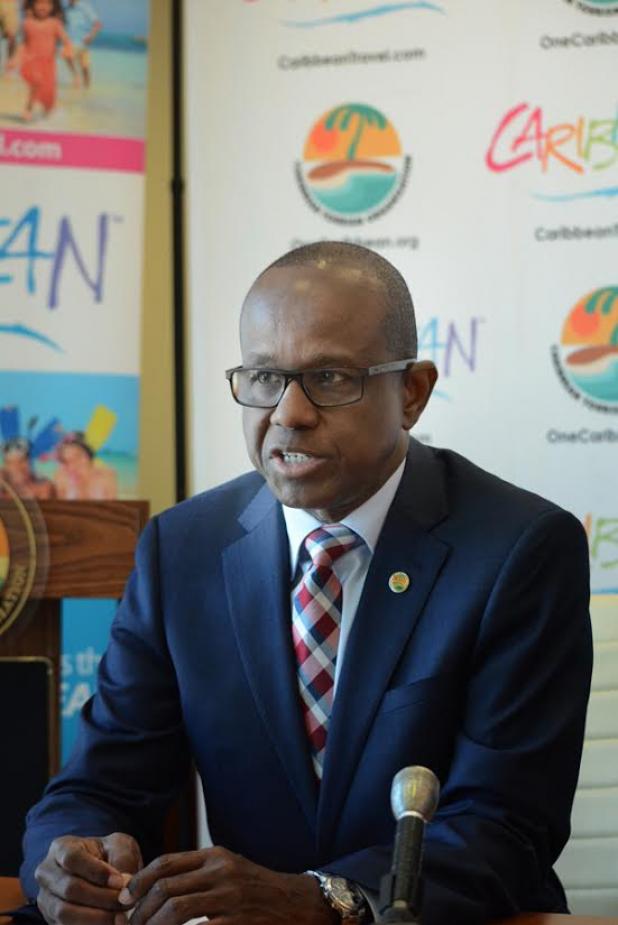 A former top executive in the tourism industry in the Caribbean says
that any talk of diversifying regional economies to depend less on
tourism, will likely die down once tourism rebounds.

Hugh Riley, partner with The Portfolio Marketing Group and former
Secretary General and Chief Executive Officer of the Barbados-based
Caribbean Tourism Organisation, made the comment during a recent
webinar hosted by the Sagicor Cave School of Business, on the topic
‘Perspectives on Economic Growth’. His comments came as he pointed out
that for the immediate future, the economic well-being of the
Caribbean will remain “inextricably tied” to the achievements of the
tourism sector.

“Tourism’s recovery and the region’s economic diversification are
literally speeding toward an inevitable intersection and quite
frankly, the more tourism succeeds in its relaunch, resurgence, the
more the discussions about diversifying our economies will probably
recede. This is human nature and there will need to be, I think, an
ongoing pressure to look at what really is needed to keep us resilient
and sustainable as we go along,” he stated.

Riley’s comments came as he spoke about the Caribbean’s performance in
tourism in 2019. Describing that performance as “interesting”, he said
there were record numbers of air arrivals and cruise visits, as the
region outpaced the rest of the world. He revealed that 31.5 million
visitors came to the region by air in 2019, and half of those arrived
from the United States; 3.4 million from Canada; and two million
through intra-Caribbean travel.

“Certainly we are at a different place in the world now, a different
place in life; literally that’s 2019 versus covid-19. So covid-19
brought the entire tourism industry to a standstill. We started to
hear terms such as social distancing [and] all destinations were
affected. To some extent there is a level playing field, though not
entirely because economic resiliency is not a level playing field at
all across the globe, but as far as the tourism industry is concerned,
everyone has suffered the same sort of paralysis of travel,” he noted.

With the “new normal” created by covid-19 for the tourism industry, he
said there are a number of matters that have to be considered,
including what concerns people have, how will they make travel
decisions, the type of travellers that will move first, and the mode
of transport they will use.

Referring to Social Media Sentiment Analysis done by Sparkloft, which
analyses social media posts to help determine what decisions should be
made, he indicated that it is predicted travellers will avoid lengthy
flights.

“Consumers are saying that they would avoid long flights and they
would avoid flights with connections. So people who are taking flights
are more likely to reduce contact... zoom meetings are replacing some
business trips and domestic vacations will likely recovery first and
that is domestic in all sets of circumstances,” he stated.

He continued, “People will perhaps do more driving vacations now in
the current environment in the immediate future, and naturally we hope
that starts to change and people start to get on planes again.”
He made the point while noting that the Caribbean has an advantage
over some other destinations where physical distancing is concerned.

He is adamant that visitors to the Caribbean who will frequent our
beaches and attractions for example, need not be concerned.

“The advantage here is that physical distancing is something that many
Caribbean countries can continue to deliver and people don’t have to
feel that if they come to a beach in the Caribbean they will be
chockablock close to each other,” he stated.

Riley, speaking then about who are likely to return to the Caribbean
destinations first, noted that among them will be customers who feel
emotionally connected to a brand; people familiar with the region;
property owners; the diaspora; romantics; special interest groups and
those who are financially secure. (JRT)