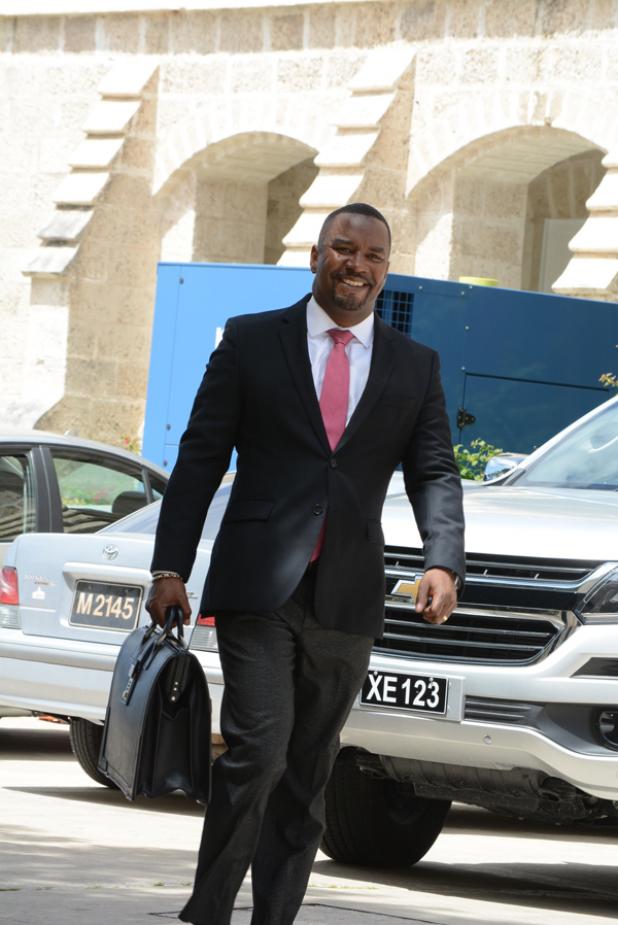 THE emerging “energy revolution” in Barbados has been lauded by Energy
Minister Wilfred Abrahams, who sees it as an exciting time for
Barbados and presents an opportunity for investment for the average
Barbadian.

He was speaking recently in the Lower Chamber on the joint Fair
Trading Commission (Amendment) Bill and the Utilities Regulation
(Amendment) Bill 2020, and what he described as a move to democratise
the electric grid through the use of renewable energy sources.

According to Minister Abrahams, “The amendments sought today are
simply intended to bring some level of order and structure into what
is an exciting new space. I urge Barbadians – we are people who love
to bank, save, hoard, Barbadians like to protect themselves for a
rainy day – the one thing that is going to be certain is we are going
to be using electricity going forward. This is a sound investment. You
can invest to your capacity, you can invest by renting land or renting
rooftop space to get into the market. There are many different ways to
invest,” he said.

“Once the Credit Unions get fully up and running in this space, then
they are likely to be putting out information that lets the average
Barbadian know how I can get into this space. It makes no sense now
for you to be keeping money on the bank – you are effectively now
paying the bank to hold your money for you. The return that you are
going to get is expected, if you make the capital investment, that the
investment should pay off itself in four years.

“After four years, every single thing you are getting thereafter
except for maintenance cost is profit. It does not get any better than
that.”

He explained while other grids will be allowed into this space, there
is nothing which currently regulates cost or according to him, what
lines have to be watched.
“It is not contemplated that the monopoly of the Barbados Light &
Power (BL&P) is going to change in relation to the selling, to the
transmission, and distribution of electricity, but it will change in
relation to the generation of electricity.”

According to Abrahams, “This is perhaps the single greatest
opportunity for enfranchisement of the Barbadian in recent memory. You
can, as some persons have done, take themselves off the grid, make
themselves entirely self-sufficient," he said, noting that anything
generated can be sold to the BL&P and bought back. The customer would
be compensated for any surplus.

He noted that a number of companies are currently seeking out flat
spaces, spare acreage and even asking to rent roofs to put down
photovoltaic farms.

With Barbados spending in excess of $500 million of its foreign
exchange in fossil fuel, Minister Abrahams said this money would be
freed up and pumped back into the economy.

Abrahams pointed to the fact that there is a new energy cooperative in
Barbados and the Credit Unions have also expressed an interest in this
new sector.

With a stated policy that there a minimum of 30 percent of any RE
project has to be held in local hands, he said this would bode well
for the funding of areas such as the Barbados Water Authority and the
Sanitation Services Authority.

He said that it is necessary for the FTC to have oversight and some
degree of control, noting that a flat rate would not be applied across
the board. “You can't say to a man who is going to build a large waste
to energy plant that Light and Power is going to purchase your energy
from you at the same price they purchase it from someone with a couple
solar panels on their rooftops... so all of these things need to be
balanced out.

“As the legislation now stood, the FTC controls the pricing between
the BLP and the ultimate consumer and there is no one or no agency or
system to control the pricing as between an independent power producer
and the Light and Power as well as the ultimate utility.

“When we do get our offshore programme up and running, it is up and
running but when we get to the point of discovery, and the production
of oil offshore there... all of the assets, hydrocarbon assets that we
can discover off Barbados, we don't have to use them inland in terms
of domestic consumption, can be used straight away to generate foreign
exchange to be used on social projects, to be used to run the country,
effectively as an untapped source that we don't have now. So all of
that counts simply as icing on the cake," he said. (JH)