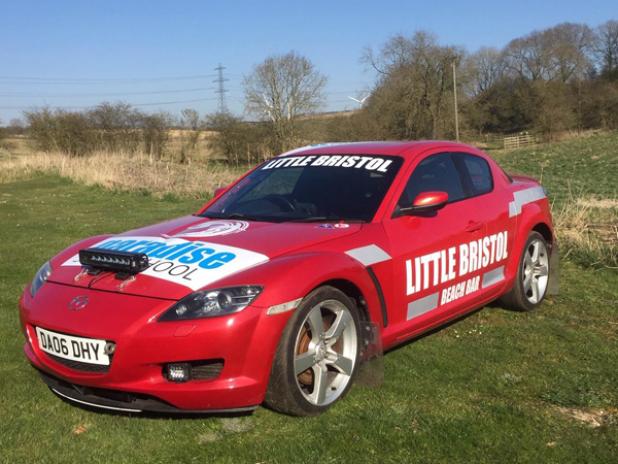 Three decades on from claiming the first overseas result in the Barbados Rally Club’s International All-Stage Rally – he finished ninth in 1991 in a Volkswagen Golf GTI – Britain’s Howard Paterson is pulling out all the stops to make sure he can compete in Sol Rally Barbados 2020. Against the background of uncertainties created by COVID-19, the well-travelled Paterson says that “Barbados is the only place I would consider shipping my car out to and doing an event”.

Following its postponement as a result of the coronavirus pandemic, Sol RB20 will run on October 31/November 1, with the Prizegiving on the Sunday evening. The previous weekend, Bushy Park Barbados will play host to Scrutineering (Saturday, October 24), while Sunday’s Flow King of the Hill will again be used to seed the main event.

In a career spanning nearly 40 years since a top 10 finish in a Volvo 240 in the 1983 Himalayan Rally, Paterson has contested more than 100 International rallies; his CV includes the London to Mexico, London to Sydney and the Safari, and he has won championship titles as both co-driver (1985 British GpB 1600) and driver (1999 Middle East F2, 2006 FIA Dubai RallySprint). With wife Ruth, he finished 23rd in the 10-day Caminos del Incas in Peru in 2007, the first British crew to complete the event since Tony Fall won in 1969. Ruth also was the first female to finish in the event’s 41-year history.

Paterson said: “The Rally Club have been fantastic as usual and made everything as easy as possible. Having competed throughout the world, Barbados is the only place I would consider shipping my car out to and doing an event in these unstable times. I know that, whatever happens, the Barbados Rally Club will look after the car if travel restrictions are applied. And I’m pleased to have support from local businesses again, particularly Little Bristol Beach Bar.”

And Paterson is keen for his car to be looked after, too, as it is new to him ... and it will be the first Mazda RX-8 ever to be rallied in the island, after a lot of work by the new owner: “Originally built for a one-make racing series, the Mazda has had a full rebuild, which has kept me sane over Lockdown. It’s very easy yet exciting to drive with 9,250 revs available. I’ve managed one full test day as a shakedown ... and it did shake me down, with a very high-speed spin which started at 94mph. Luckily no damage!”

This year is Paterson’s fourth return visit, as he and Ruth have twice recorded overall finishes in the Skoda Fabia they used in Peru, but she will not be co-driving on this trip. As Paterson explained: “I hope Sean Kukula is going to sit in the hot seat. He owes me one, as I did last year’s Historic Rally with him.” Kukula is a fellow veteran of the Incas Rally and has competed in Barbados twice in recent years in his Ford Escort MkII.

Reigning Barbados Rally Club (BRC) Champion Driver Eddie Corbin and last year’s winner of Sol Rally Barbados Dane Skeete are among the local drivers now listed in the on-line entry at the event’s official web site rallybarbados.net. With the closing date now just three weeks away (October 2), the Club is urging competitors to declare their intentions, so that systems can be put in place for the event, in particular booking sufficient RallySafe units to cover the entry.

With co-driver Johnathan Alleyne, Corbin is entered in Modified 1 in his familiar Daihatsu Charmant, while his father John is in Historic 2 in his Toyota Corolla, with Owen Proverbs on the notes. After missing the season-opening HammerTime 20 double-header, Skeete and Tyler Mayhew will be looking forward to defending local honour in the Subaru Impreza WRC S12B in which they won Sol RB19, five years after his father Roger had been the

As entries flow in daily at a steady rate, FIA R5 and SuperModified 2 are among the best-supported classes, having provided some thrilling competition at HammerTime 20 last month; after two rounds of six in the 2020 BRC Driver’s & Class Championships, the joint overall leaders are Roger Hill (Skoda Fabia R5) and Barry Mayers (Ford Fiesta).