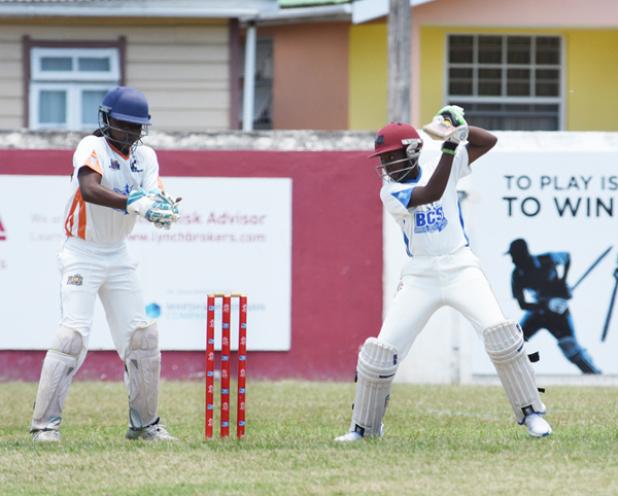 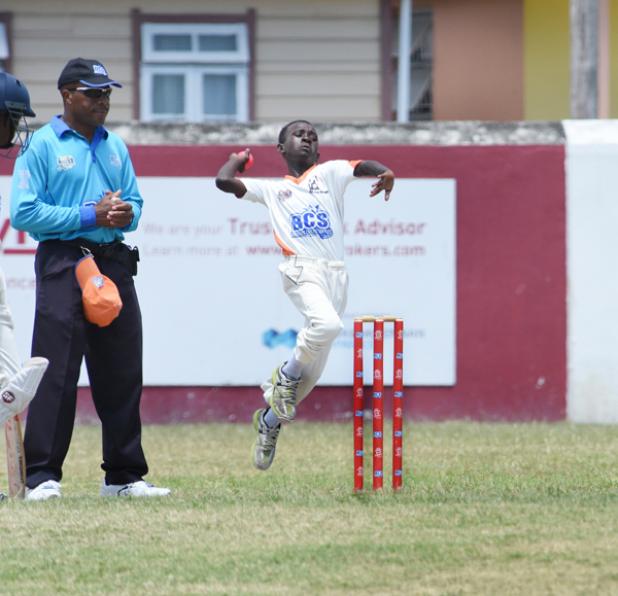 Sashin Marshall from Fusionz Boutique Passage Juniors about to bowl another delivery.

A six-wicket win over Empire Juniors saw Fusionz Boutique Passage Juniors lifting their fifth championship trophy when the curtain came down on the Barbados Cricket Supplies Under-13 Tournament.

Playing this past Sunday at Wanderers, Passage Juniors comfortably knocked off a target of 179 to secure the victory.

After winning the toss, Empire decided to bat and got up to 178 for the loss of nine in 35 overs. Opener Dre Springer led the charge with 43 before he was robbed of a half-century by the bowling of Dakio Worrell. Before his dismissal, Springer was joined at the crease by his skipper Nathan Sealy, after losing his opening partner early on. Together, the pair had a second-wicket stand of 74 which saw Sealy getting 34 runs before he was run out.

Springer was merciless as he struck eight fours around the ground to bring up his total in 51 balls. Sealy, on the other hand, got to his 34 off 56 balls with three fours and a six. Rodney Greenidge also had a good knock for Empire as he had 21 from 24 balls with a four and a six.

Though there were no stand-out bowling performances from Passage Juniors, it was a masterful 62 from captain and Man of the Match Micaiah Simmons, that helmed the eventual champions to the easy win. With only four wickets lost along the way, Simmons’ knock saw him marshalling the team with his knock which came off 53 balls and included eight fours.

Opener Edwin Barnett was good for 22 runs before he lost his scalp to Dave Lovell. However, it was 55-run partnership between Simmons and the not-out Rashad Worrell (35) that saw Passage bringing the matter to a speedy resolution in the 32nd over.