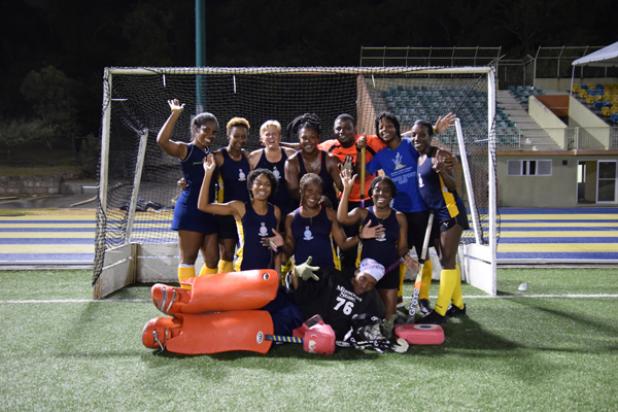 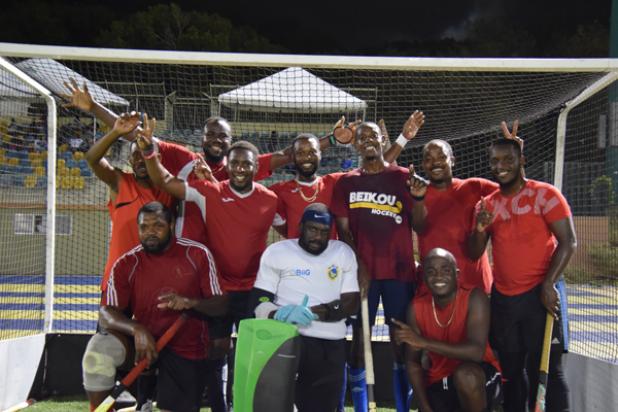 Deacons Hockey Club and Combermere School Old Scholars are the champions of the 2020 Hockey Scrimfest which was held at the Usain Bolt Sports Complex.

The men’s final was a repeat of last year’s final as Deacons came up against defending champions UWI for the title. Two late goals by Matthew Williams and Derwin Burrowes in the second half gave Deacons the victory this time, 2-0 and made it two titles in three trips to the finals.

The UWI’s passage to the final was a tough one as they were locked in a see-saw battle with Tridents, a youth team from the National programme.

National player Akeem Rudder was in top form for The UWI as he scored four times opening the scoring initially for the game and also netting the final goal to finish 4-3 But each time UWI scored the Tridents seemingly had an answer until the final goal in the final quarter was the defining goal of the match.

In the other semis only one goal separated Deacons and Zion which was scored by Deacons Shonkeel Wharton in the third quarter.

In the women’s final it took a shootout to decide the winner of the final after D’Originals and CSOS were tied at 1-1 at the end of the time. Scoring in regulation time were Amelia St. Hill for D’ Originals and Cher King for CSOS both 9 in the third quarter.

Even the shootout needed an additional shot as both team were evenly match at the end of the three tries. The sudden death goal was scored by CSOS Keisha Boyce to give CSOS a 3-2 victory in the end and Anaya Alleyne-Germain making a critical save to secure the title.

Nevin Roach tournament director said, “I think this year’s Scrimfest was a success, especially considering a few major changes. We transitioned from a 2-week tournament to a more condensed and intense 3-day format and played two fields simultaneously instead of just using one, with the hope of attracting teams from outside Barbados. We had interest from teams in Trinidad & Tobago and Jamaica, but unfortunately they could not make it due to financial constraints.”

“With support from the Barbados Hockey Federation (BHF), the technical side of the tournament also received a major upgrade through the use of a tournament management system called Altius. This brought an international flare; simplifying management of the tournament and allowing persons who weren’t at the venue access to follow the tournament via real-time updates. Last but not least, pre-tournament education sessions were added to improve the efficiency and consistency of umpires and technical officials.”