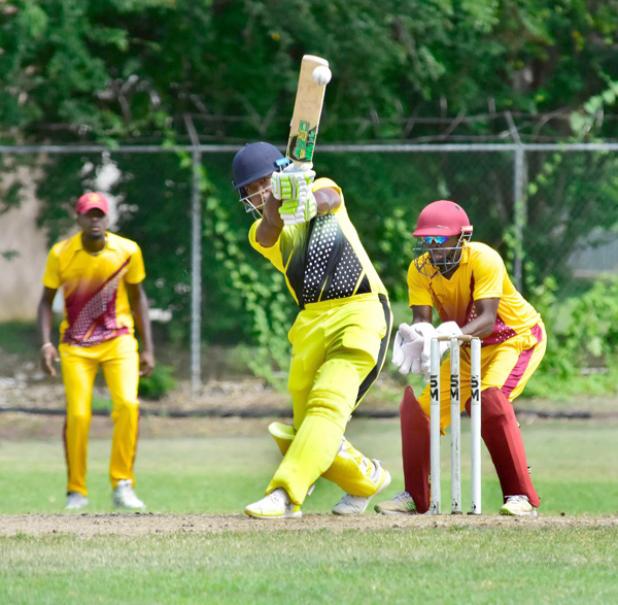 UWI A team, who has won the title five times, finished with a total of 236/4 after being sent in by Lords. In reply, Lords could only muster 60 runs before they were bowled out to hand UWI A team a massive 176-run victory.

At SJPI, Jerome Jones scored a quickfire 49 off 28 deliveries – two fours and three sixes, while last week’s century-maker Zachary McCaskie only made nine this time around as Wildey posted 143/6 in their innings against Pickwick. Wildey’s captain Carlos Maynard scored 35 runs.

In reply, Pickwick fell 39 runs shy of the target as they finished on 104/8. Kyle Hope scored 47 runs off 53 deliveries for Pickwick.

At Kensington Oval, Zone A front-runners Gladiola recovered from 68/4 to post a score of 144/6, thanks to the partnership between Gladiola’s captain Jevon Searles and Shem Watson as they added 53 runs for the fifth wicket. Jevon Searles scored 45 runs off 32 balls – four fours and one six, while his partner Shem Watson added 42 runs.

In reply, Barbados Youth B could only get up to 103/9 off 17.4 overs with one player retired hurt and unable to return. Barbados Youth captain Rashawn Worrell scored 46 runs off 41 balls.

Empire won by 10 runs over the Barbados Youth A team. Empire won the toss and decided to bat and posted a score of 135/6 with Kevin Stoute sharing in two half-century partnerships.

In reply, the Barbados Youth A team’s Hakeem Perryman (35) and Rivaldo Clarke (26) added 48 runs for the second wickets, but slumped and eventually only managed to post a total of 125/6.

Defending champions Carlton completed an emphatic victory after posting 178/6 and winning over Yorkshire. For Carlton, Dominic Drakes blasted 64 runs off just 28 balls with eight sixes and two boundaries. He was well supported by Mekhail Marshall with 40 runs and Shamar Springer (26).

In reply, Yorkshire could only get up to 107/9 with Lamar Worrell scoring 43 runs.

Wanderers was once again in winner’s row, winning by six wickets over Sagicor UWI B.

Chasing 162 for victory, Wanderers ended on 165/4 thanks to their captain Kraigg Brathwaite, who scored an unbeaten 53 runs off 44 balls which included four boundaries. Jason Greene scored 45 runs from 43 balls, while Diego Stuart scored 40. UWI B scored 161/8 when they batted. (CG)