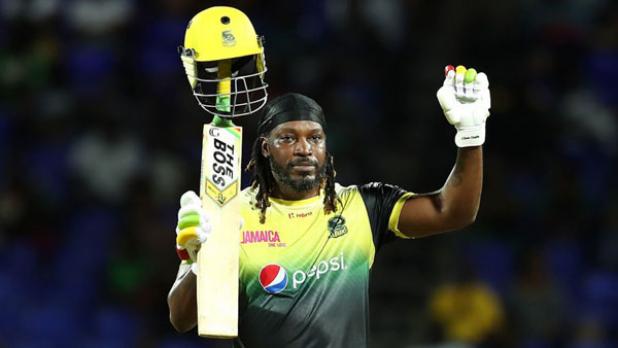 Gayle says he never meant to hurt CWI or CPL

AFTER some hard-hitting comments on his social media recently about his release from the Jamaica Tallawahs franchise ahead of the 2020 CPL tournament, Chris Gayle has sought to clarify that it was never his intention to damage the reputation of the Caribbean Premier League (CPL).

In a statement released yesterday, he said: “I now realise how portions of my comments may be viewed as being damaging to Cricket West Indies, and to the CPL Tournament and its brand – a tournament which I have sincerely enjoyed not just being a part of, but also helping to build and promote. It was never my intention to damage the T20 Tournament, as playing in the CPL has guaranteed an opportunity for the past seven years to play in front of the great fans of the Caribbean. This is a privilege which I genuinely appreciate and have never taken for granted.”

His statement comes after the CPL Tournament Committee (CTC), which is chaired by the Hon. PJ Patterson, received a formal complaint from the CPL alleging breaches of its Tournament Rules & Regulations by Gayle, arising from the series of videos which he had posted to his personal YouTube channel on April 27.

Having circulated the complaint, which was received on May 6, the CTC unanimously decided that it satisfied the prima facie test. In accordance with its Disciplinary Powers it authorised the establishment of an independent three-member Tribunal to hear the matter.

In response, Gayle’s statement said: “Recently, I posted three videos on my personal YouTube channel, where I addressed the reasons for my departure from the Jamaica Tallawahs franchise ahead of the 2020 CPL tournament.

“I made these videos with one single intention – to explain to the fans in Jamaica the reasons behind what has now become my second departure from the Tallawahs franchise. It was my greatest wish to finish my CPL career in Jamaica – playing in front of my home crowd at Sabina Park with the franchise that I had previously led to two CPL titles.

“In so far as my resentment at the treatment, I stand by my comments in those videos. My words were spoken from the heart.”

With Gayle’s statement making it clear that he did not intend to hurt the brand CPL T20, this was received by the CTC and shared with the CPL & CWI to the satisfaction of all parties.

“Given the assurance of Mr. Gayle to act in good faith, it therefore is no longer necessary to empanel a Tribunal,” said CTC chairman Patterson.

Looking to the future, Gayle ended by saying, “Right now, my eyes are fixed firmly on the season ahead, and the new challenge which playing for the St. Lucia Zouks franchise will bring. I hope to see you there.”