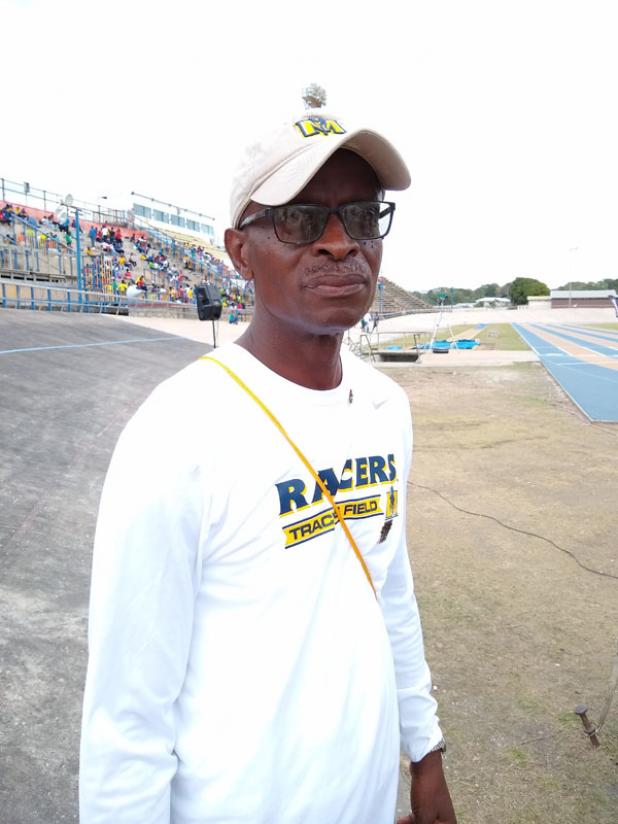 Foundation Head Coach not taking anyone for granted

Head coach of the Christ Church Foundation School Seibert Straughn said he isn’t disregarding anyone as he prepares for the 2020 Barbados Secondary School Athletic Championships next month.

Speaking to The Barbados Advocate during the school Inter-House track and field championships at the National Stadium recently, Straughn said that the important thing is to prepare themselves and make sure they are ready for competition.

“BSSAC is not an easy meet, you have the likes of The St. Michael School, Springer, Harrison College and Combermere as well as the improving schools such as Deighton Griffith and St. George.”

Though not making any prediction as to where they will place, Straughn said that “this is now my 26 th year at Foundation School and if there is one thing I must say is that we have always been a consistent school and if there was a survey done over the last five years Foundation would be one of the top performing”.

“We will come and put down a good show at BSSAC for our Old Scholars and supporters.”

After the school inter-house sports, Straughn said that they started the journey towards BSSAC since September 2019 as they set particular goals each year, “where we want to find ways how we can improve our squad, both boys and girls and I think it has been a very positive day for us.”

“I know we still have work to do, so when today is finished we will look for the next couple of weeks how we go forward with our preparations.”

Straughn noted that each year they try to improve and tweak their current programme as one cannot remain the same way.

“It’s a matter of just putting all of these pieces together now in terms of us getting ready for the big dance next month.”

Foundation has been awarded the Secondary School sports award for four years in a row and Straughn is happy with the standard across various disciplines.

“We don’t just perform well in one sport, Track and Field, it has got to be telling you something when we can win the National Sports Council’s (NSC) Secondary Sports School award for four years in a row. That we are doing something well at the school and I’d say that across nine disciplines we have been very consistent in terms of performances and success in the various sports.”

However focusing on BSSAC one of the biggest sporting events in Barbados, he pointed out that you have to prepare as best as possible and be ready for the competition.

But his focus is on more than just winning as for him and his team “it’s all about these young people developing into all round student athletes and moving on to representing Barbados and also getting an opportunity to get an athletic scholarship.”

“It is a holistic approach that we take at Foundation School and not just the side of just the sport but we look at developing the whole student athlete at the school.”

He gets the support of the other staff members as well, saying, “I think the other teachers are very supportive,” and he feels good when he sees students athletes receiving awards at Speech Day for academic performances.

“They know that there are opportunities that if they can do both together, that there is an opportunity for them moving forward in the next stage of their live.”