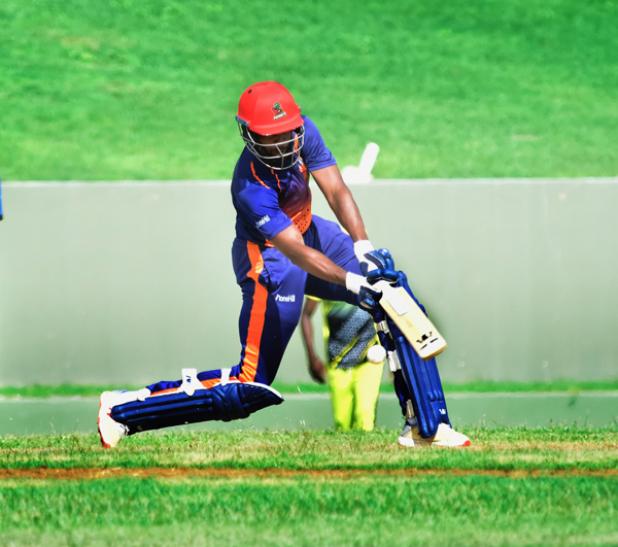 Akeem Jordan topscored for WIldey with 24 runs from 14 balls.

Defending Champions Carlton through to semis

THE defending champions Carlton are through to the semi-finals after a comfortable 30-run victory over Bayview Hospital YMPC at Kensington Oval yesterday.

Playing in the quarter-final of the Barbados Cricket Association’s Elite/Division 1 Twenty20 Cup, YMPC needed an unlikely 31 runs from the last over to win with one wicket in hand.

In the end, Dominic Drakes took the final wicket to end YMPC’s chase on 107 off 19.1 overs.

Dwayne Smith, who had led the YMPC innings during the season, came a bit lower in the batting order yesterday and it did not pay off as he was out for ten runs.

Topscoring for YMPC was Kemal Smith with 26 runs while Fidel Edwards scored 20.

Kyle Mayers shone with the ball picking up three wickets for eight runs.

Carlton, having been sent in to bat, scored 137/5 off their 20 overs and was led by Marlon Welcome-Goodman with 37 runs, while Drakes was unbeaten on 24 runs.

In another lopsided quarter-final match, Wanderers, led by Shayne Moseley with 56 runs off 42 balls, raced home to an emphatic nine-wicket victory over Empire at Dayrells Road.

Empire elected to bat first after winning the toss and were limited to 123/8. Kevin Stoute scored 39 runs off 38 balls as Raymond Reifer picked up three wickets for a mere 11 runs.

However Wanderers only needed 15.1 overs to reach their target as Moseley led the way along with their captain Kraigg Brathwaite with an unbeaten 41 runs off 32 balls. Reifer returned with the bat to score 23 runs as Wanderers finished on 124/1.

There were some tense moments during and after the match at Rices between BWU Gladiola and Spartan.

It came down to Spartan needing ten runs off the final over but a number of critical dot balls from left arm spinner Damario Goodman only conceded five runs off the over.

A nervous moment ensued afterwards as there was a check on the allowances during the innings to see if any penalties would be applied after Spartan had already benefitted from five penalty runs at the start.

There was none and so the final score stood.

Gladiola had posted a score of 137/9 after they were sent in and had to recover from 22/3 in the fourth over.

The recovery was led by Renaldo Brathwaite who finished n 52 runs off 50 balls and Hayden Walsh Jr who finished with 36 runs off 33 balls. They shared in a 79-tun partnership for the fifth wicket that last just over 11 overs.

Chad Williams, who broke the partnership, finished with four wickets for 21 runs,.(CG)