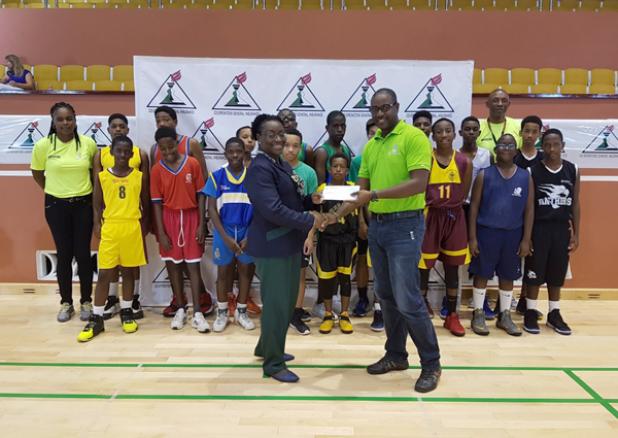 It is now the turn of the juniors of schools’ basketball to hit the courts in the Co-operators General Insurance, National Sports Council (NSC) U16 Basketball competition.

11 teams will be participating in the competition and will playing a round-robin format with the top four teams advancing to the semi-finals. Games are slated for Tuesdays and Thursdays, with Fridays reserved for rescheduled games. Seeing the weather has been an issue in the past; the organisers have ensured that the schedule never runs too far behind by notifying the schools that Monday or Wednesday could be used if the need arises.

Next week’s games are set to begin on Thursday, May 10. Lodge take on Queen’s College, the ever-talented Graydon Sealy are to play Harrison College B, Combermere will face Foundation and St. Michael’s will do
battle with Ellerslie. The other teams in the competition are Harrison College A, Deighton Griffith School and Codrington College.

The opening ceremony at the Garfield Sobers Sports Complex this past Tuesday saw the teams parade their uniforms, representing the respective schools in the competition. Harrison College A defeated St. Michael’s A in the finals of the U16 3x3 which had 25 teams participating. This was a tournament to lead up to the U16 competition in a format of basketball that is growing more popular every year.

Harrison College A were led by Tridents Barbados Amateur Basketball Association Division 1 players Kyrone Alexander, Simeon Maynard, Justin Bayley and Kenyon Connell. Harrison College A will also enter the tournament as huge favourites as the team with the most experience on the court.