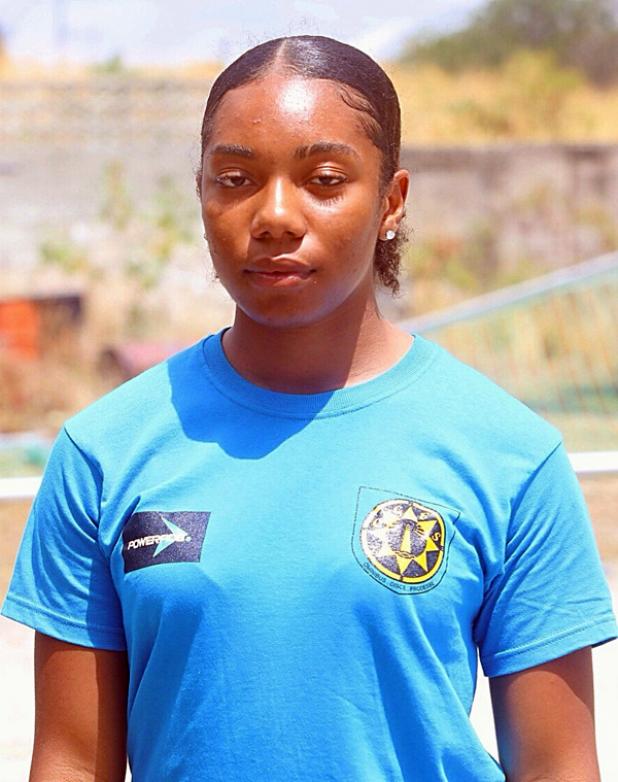 Organising Manager of the tournament, Aziza Boxill spoke of the student’s role in the Physical Education, School Based Assessment programme.

CCFS embracing the evolution of sport

The Christ Church Foundation School is showing that they are not just one of the best secondary sports schools but they are up to date with the evolution of sport itself.

Recently awarded winner of the National Sports Council’s Secondary School of the Year award, Foundation hosted the Keith Holder Super Sixes Premier League Tape Ball Cricket Tournament on the school grounds. The tournament was organised by the students for the School Based Assessment (SBA) for CXC Physical Education subject.

Five schools answered the Foundation call including Harrison College, Deighton Griffith Secondary, the St. Michael School, the Lodge School and Graydon Sealy Secondary but unfortunately Harrison College were unable to attend on the day of competition.

The whole day event was fully organised by the students from the ground up. In order to ascertain which sport to use for the SBA, the students sent out a survey with the question which sport the community would like to see most and cricket was resoundingly the most popular choice.

Sponsors such as Chefette, Powerade (BBC) and the Grantley Adams International Airport Inc. along with friends and family who were willing helped make the whole thing possible.

The rules and regulation of the games were discussed and decided by the 25-member 5th Form class along with some Lower 6 volunteers. Each team was made up of seven players, of which at least one had to be a female. The games consisted of 12 overs, six-a- side, and the young ladies had to bowl at least one of them. Two runs were awarded for No balls and Wides, and were not bowled over.

Besides the players, persons were assigned to teams, such as scorers, ball boys, people to serve refreshments, first aid, commentary, results announcers, awards and team liaisons. After the tournament, the students’ job still continued with the paperwork still to be completed explaining their roles in the tournament, the layout of the field and also all of the correspondence sent out had to be compiled into one document to be graded.

“The outcome was better than I expected and I am happy about that. I personally am aspiring to be a physiotherapist and most of my classmates are looking to be sports professionals in fields such as sports psychology, sports management, fitness, coaches and referees,” she said.

The tournament was being assessed by Jamal Grovesner who was also on hand to speak to The Barbados Advocate, he explained that Barbarians overlook the various benefits of physical education.

“In the Barbadian society the overview is that we are academic people and we tend to overlook physical education and sport. It is a great avenue to have and there are many creative jobs and well paying jobs in physical education that we tend not to take advantage of.”

Having high hopes for the future of the programme, Grovesner also gave kudos to CXC for the introduction of the Physical Education programme.

“I really appreciate the effort CXC has put in to facilitate a programme such as Physical Education and Sport, not just at the CAC level but also CAPE. This SBA programme here today shows that young people have the capacity to create a positive environment and a new outlook on sport.” he highlighted.

Initially only six schools were part of the programme but upwards to eighteen of the twenty-two secondary schools are now participating in the movement. This Physical Education programme also has pulled in seven, six form schools in the CAPE programme. In time, along with the CXC initiative, Grovesner believes that we will see the emergence of well-trained and qualified athletes, coaches, sports managers, rehab therapists, biomechanists and kinesiologists. (AS)