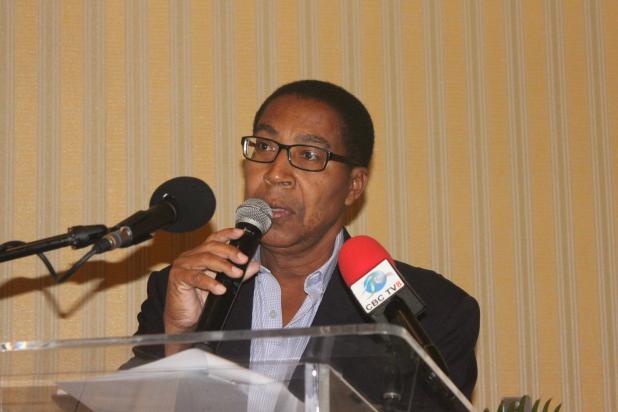 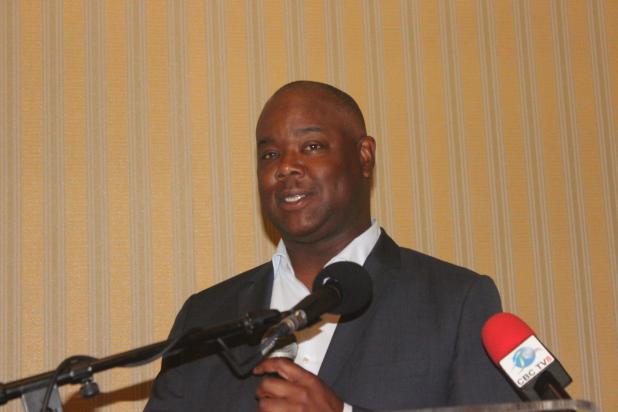 When July rolls around Barbadians at home and abroad will be able to tune in to the Caribbean Broadcasting Corporation’s (CBC) suite of solutions to take in the 2020 Tokyo Olympic Games. With an aim to bring focused coverage of the region’s top athletes across the various disciplines, the millions of spectators across the Caribbean will be able to see their medal hopefuls on television and their mobile devices through a partnership between the Corporation and International Media Content’s Sportsmax.

During a media briefing held on Monday at the Barbados Hilton, it was revealed that the CBC was poised to be the lead broadcaster for the Games which are set to run from July 2 –August 9. Speaking during the conference Chairman of Board of Directors at CBC David Leacock revealed that the move was a massive show of confidence. “This came after very tough negotiations over the last week or so and we have decided to make this investment. It is an investment that is indicative of our confidence in our participants as well as in the economy of this country and at the same time, it demonstrates our commitment to share a special sporting event such as the Olympics with the local community as well as the global markets.” he said.

Using the platform to highlight advertising opportunities for businesses and members of the public, Leacock noted that the state-owned agency was footing the bill on their own. “I have made it clear to the members of staff and management of the Corporation that I am no politician and I can only speak to the firm belief and that speaks to what I know. And what I know is that we are on our own! There’s no more handouts, there’s no more supplementary funding. We are on our own. Therefore, we have to look at ways of navigating our future with a unified front and with a creative mindset of how to look for optional funding.” he said before going on to urged potential sponsors to board the flight as soon as possible.

“Mark my word! In another year or so, the Corporation will be a significant force to reckon with in the broadcast industry. All systems are go! We are on the runway. We are boarding the plane. We are ready to take off at Concord speed. I therefore encourage all of our partners, our customers, our advertisers our sponsors and our potential investors as well. Whoever you are, get onboard and support the Corporation in any way you can so that our success is assured. Our success is your success,” Leacock added.

Chief Executive Officer of Sportsmax Oliver McIntosh was also in attendance and he said that his company had been in existence for 17 years solely to facilitate initiatives such as this.

Assistant Secretary General of the Barbados Olympic Association Cameron Burke said that Barbados had been involved in all Games since 1968 with the exception of Moscow in 1980 and had only won one medal in that time. With Obadele Thompson winning a Bronze 20 years ago in 2000, Burk said that he believed that they were on the verge of something special. “The strategic plan of the Olympic Committee is for an increase in our medal count by the year 2024. Not promising anything but we are starting to see a move in that direction with the medal of Shane Brathwaite, which is our first Pan-Am medal. So I think we are on the road going there.”

Noting that there was a budget of US$350 000 for a delegation of 21, Burke said that his Association was tracking athletes in seven disciplines and was not worried that none had yet qualified for the Games as their qualifying events were upcoming. “At present, we have no one who has qualified for the Games as yet. The qualifying period started in January 2018 and it ends the first week in July. For Track and Field, their qualifying period started January 1, 2020 and will end the first weekend in July. But this is not anything new to the Olympic Committee. As we get closer to the Games, we then see performances increasing. So we are looking at Track and Field, Swimming, Tennis, Triathlon, Judo, Boxing and Surfing and I can tell you all the athletes in these disciplines are hard at work,” he said. (MP)