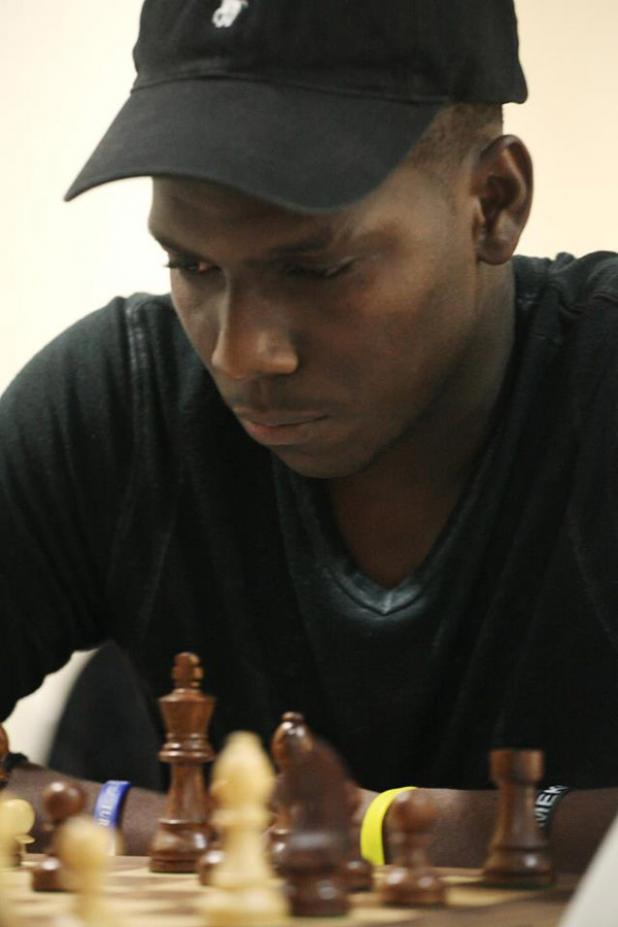 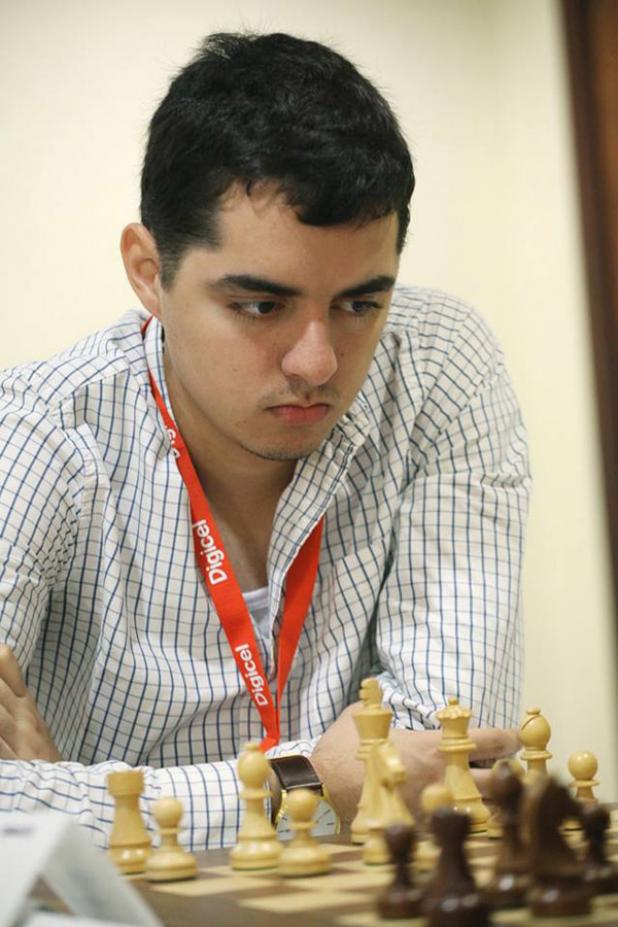 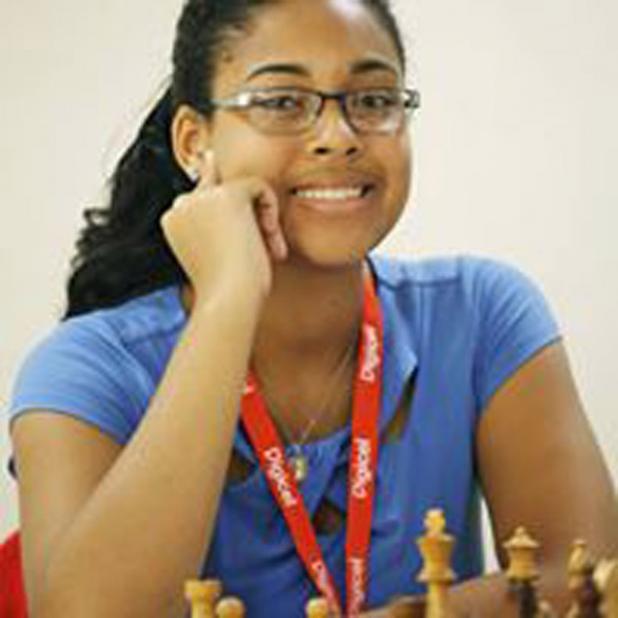 Gabriella Johnson of Trinidad and Tobago. 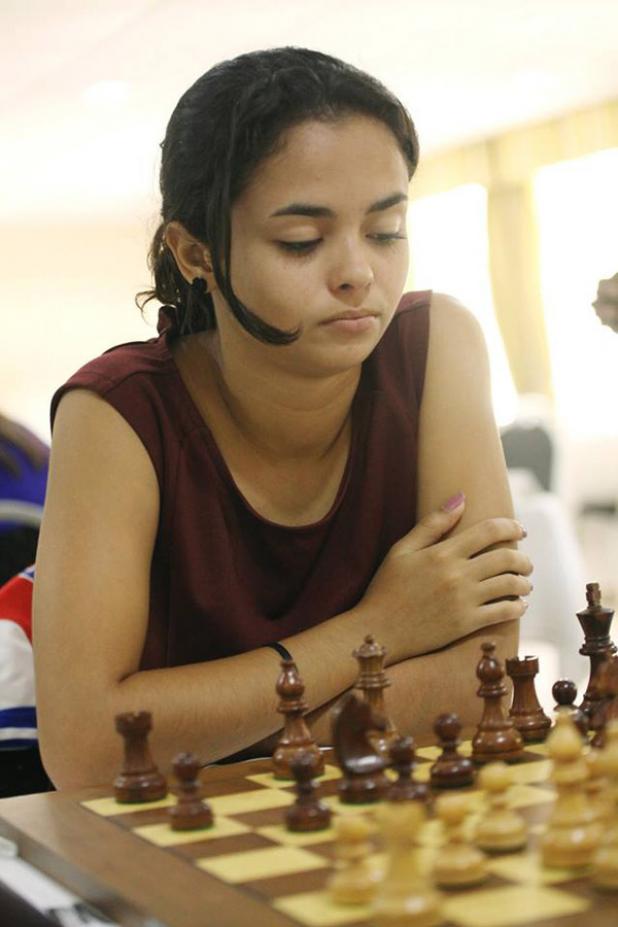 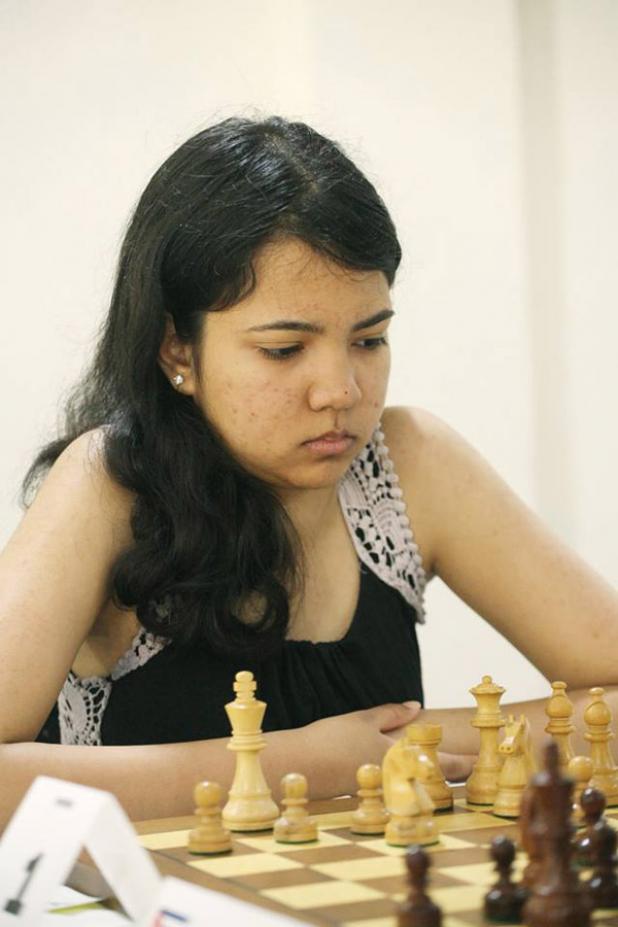 Fide Master (FM) Orlando Husbands of Barbados is locked in an intense battle in the Caribbean & Central Under 20 Chess Championships, currently being played at the Divi Southwinds Beach Resort in Christ Church, Barbados.

Husbands has put himself in good position to capture gold and the IM (International Master’s) title after five rounds of action and is currently in the lead on 4 1/2 points, ahead of Nicaragua’s FM Mauro Ampie and FM Adrian Fuentes of Panama who are in second place on four points.

Husbands won his first two games but then had to settle for a draw against Mauro Ampie. In that round three game Husbands missed a winning line allowing the Number Two seed to escape with a draw.

Barbados Chess Federation President, Allan Herbert, said he fancied Husband’s chances, noting that, “to date, Barbados has won only one Gold medal at the CAC Under-20 level, when former National Champion, International Master Kevin Denny took Gold in 1986. He was the first and to date the only junior from the English-Speaking Caribbean to achieve this honour.

Last year in El Salvador, reigning CARIFTA Under-20 Champion, FIDE Master Orlando Husbands became the first player from Barbados since Denny to medal at CAC Junior when he won the Bronze medal. 2017 will be Orlando’s last year in the junior ranks. He currently is the top rated player in both the Senior and Junior ranks from the English-Speaking Caribbean.”

In the female section, top seed Women’s International Master Karla Rivero Fernandez of Cuba, Gabriella Johnson of Trinidad and Tobago, and Women’s Fide Master Rachel Miller from Jamaica are tied at the top on four points after some intense battles at the board. After three rounds WFM Rachel Miller and WIM Karla Fernandez held the jointly on three points, with Karla having defeated Johnson in round three. Miller then took the lead when she defeated the Cuban in round four. This lead was short lived as she was defeated by Johnson in round five. Apart from these three in the top group on four points, Suriname’s WFM Catherine Kaslan has three and a half points and is also in strong contention to medal, but will first have to contend with the Cuban in round six. Oshara Mason on three points, lies in fifth place as the highest placed Barbadian and will have to finish very strongly to have any chance of a podium finish.

The tournament sponsored by BOA , with additional sponsorship from Advantage Systems Inc, Digicel and Duracell, continues today at the Divi Southwinds Beach Resort with games at 10 am and 4 pm.