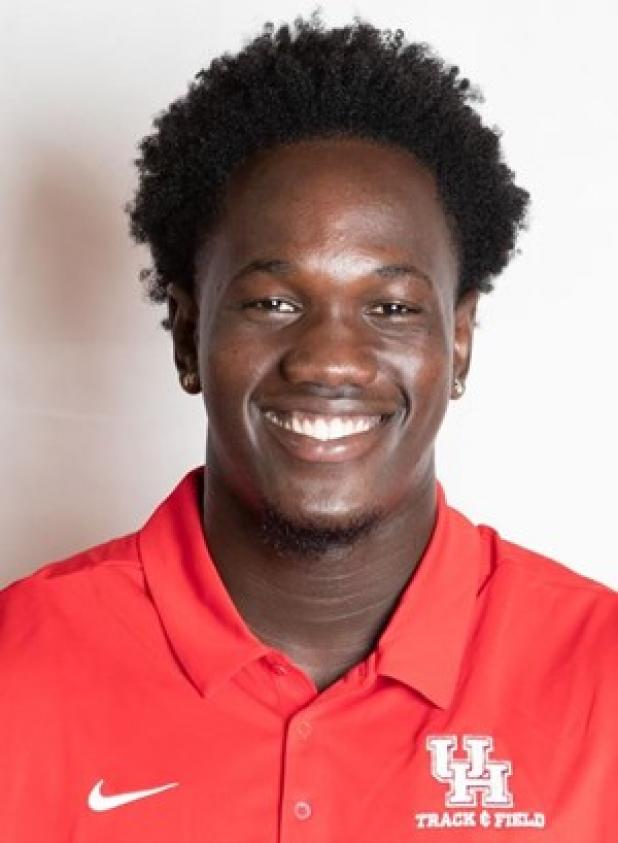 Triston Gibbons who is at the University of Houston won the Shot put with a throw of 18.73m, while Mario Burke opened his indoor athletics season with a third place in the 60m with a time of 6.68 secs.

It was the third victory for Gibbons in the 2021 season and the latest came on his fifth attempt at the H-Town Speed City Series II at Bill Yeoman Fieldhouse in Houston.

Gibbons won by over two metres from second place Sam Meece who finished with a best distance of 16.15m.

His first victory came on January 16 with a throw of 17.99m at the same venue, however this distance came on his first attempt as he was unable to improve during the event.

It was at the Aggie Invitational at the Texas A&M-Gilliam Indoor Track Stadium that Gibbons recorded his second victory. On January 23, 2021 he went over the 18-metre mark on his second attempt with a throw of 18.36m and then on his third attempt his winning distance was recorded at 18.58m.

Burke was competing at the American Track League indoor tour at the Randal Tyson Track Center in Fayetteville, AR on Sunday January 31, 2021.

Last week Hannah Connell competing for Iowa Central Community College at the 2021 Jack Jennett Invitational, hosted by University of Northern Iowa won the 60m in 7.56secs. She also was a member of the winning 4x400m women’s team.

Sarah Belle who is at the University of Houston (UH) was sixth in the 60 hurdles at the Aggie Invitational with a time of 8.54 secs last weekend (January 23). Belle was third at the H-Town Speed City on January 16 with a time of 8.75 seconds and was part of the second place 4x400m relay team at the same event.

In the triple Jump Jadon Brome (UH) was second in the triple jump with a distance of 15.85m on Saturday which was done with his third of five attempts at the H-Town Speed City Series II.

At the first H-Town Speed City Series on January 16th he was the winner with a leap of 15.61m.

Rivaldo Leacock who is a senior at the University of Southern Carolina was clocked at 48.22 secs to finish 9th at the Bob Pollock Indoor Invitational at Clemson-Indoor Track over the weekend.

Leacock was seventh in the 400m with a time of 48.41 seconds at the Carolina Challenge on January 23 and at the 2021 Gamecock Opener at the South Carolina Indoor Track & Field Complex on January 16th he was seventh in 49.53 secs.

Kansas State Freshman Kyle Gale nearly clinched a meet record in the 600 yards on January 30, but he fell just two seconds short at DeLoss Dodds Invitational inside Ahearn Field House as he stopped the clock at 1:11.19 for the victory.

Gale was also in winning form over the 400m at the Triangular meet when he was clocked at 47.42 secs on January 16th and is seventh on the all-time listof the University.

Earlier on January 9 he won the 300m in 34.32 secs and now holds the second fastest time over the distance at K-State. He clocked this time at the Kansas State Wildcat Invitational and was a member of the men’s 4x400m winning relay team.