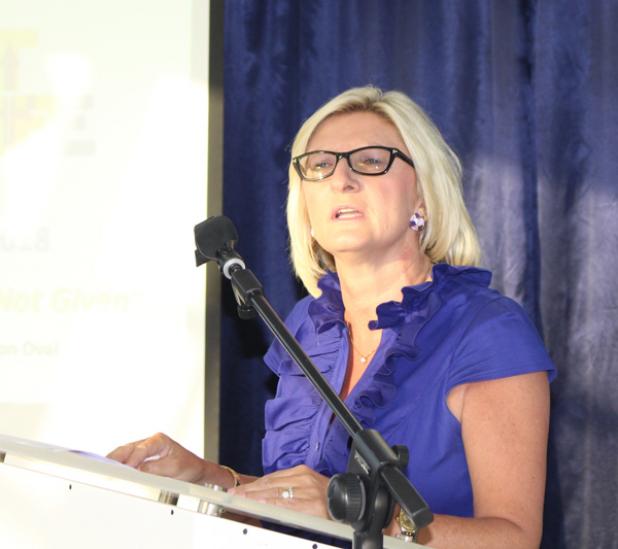 Phillipa Challis, Trustee of the Sandy Lane Charitable Trust, encouraged the graduates to use what they learned from the SFL programme to make an immediate change and influence all those around them. 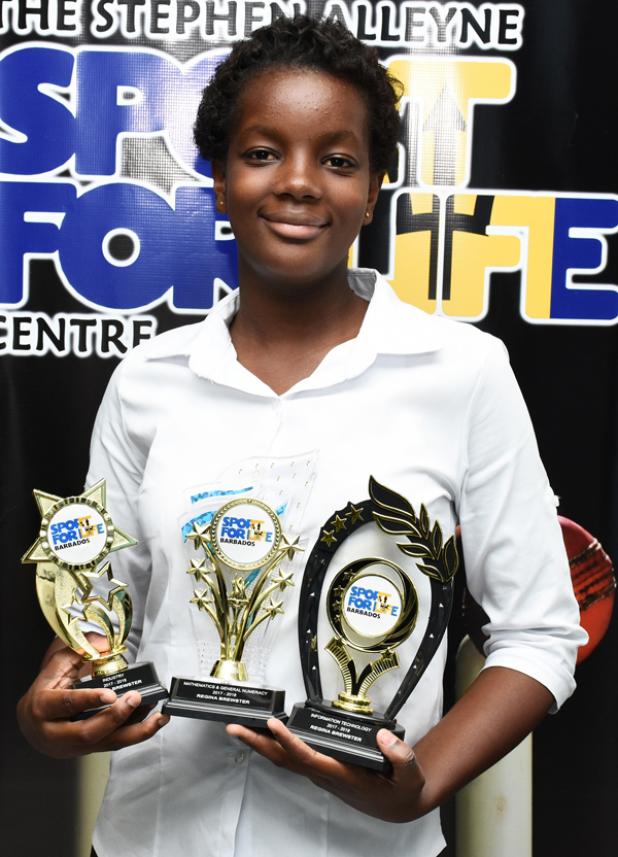 Regina Brewster was honoured for her work in IT and Maths. 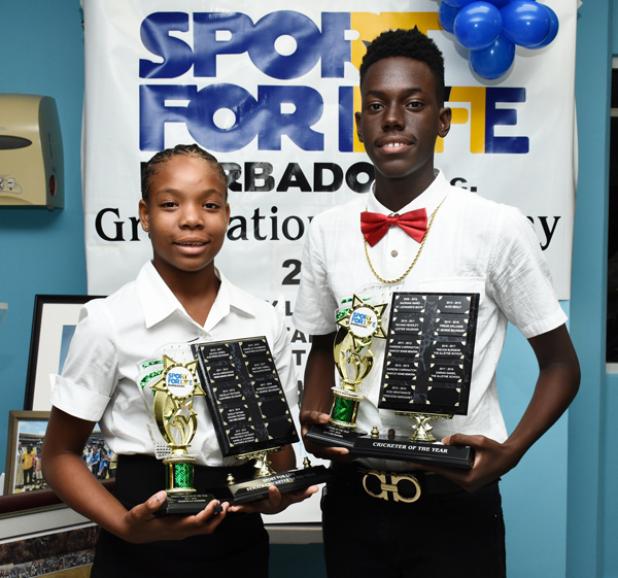 Shakayla Coward and Darian Daniel were Cricketers of the Year.

10 years of Sports for Life

“Success is Earned, Not Given” was the theme for the graduation ceremony of Sports for Life (SFL) held this past weekend where Trustee of the Sandy Lane Charitable Trust, Phillipa Challis, reminded the graduates that the theme was an important lesson in life.

Speaking during the ceremony at the Kensington Oval Media Centre, Challis thanked all those involved in the programme and tipped her hat to their effort, which she deemed as incredible. She stated that efforts such as SFL play an important role in society.

“Programmes such as Sports for Life play a vital role in today’s society and they add an immeasurable and I often think an unquantifiable value to the lives of not only the graduates, but the lives of the families, schools and teachers.”

She spoke on behalf of the Sandy Lane Charitable Trust when she stated they always felt good that they could contribute in such a way that the Sports for Life Programme could keep going as it has for the past ten years. Looking directly at those who had completed the programme, she said she genuinely wanted to say well done and that the children deserved a pat on the back. In her remarks, she mentioned the impact that sports has on dealing with the youth and how learning a sport places the children in touch not only with their physical body, but also their competitive spirit, strengths and weaknesses, which drive them beyond what they think they could achieve.

Finally in her address to the young ones, who she called the future of this lovely nation, Challis asked them to remember to make a change and be not only ambassadors for SFL, but for themselves and make a difference, starting with positive energy, using what SFL had given them wherever they find themselves. Before she closed, the Trustee said that the Sandy Lane Charitable Trust would be sponsoring SFL for another year.

Chair of SFL, Brenda Pope, gave background on the programme and explained that with the aid of the sponsors, the children attended classes at Kensington Oval in Remedial Mathematics, English, Reading and Information Technology. Also they were exposed to craft, drama, cricket skills, self-defence, table etiquette and basic life skills in which there were discussions about decision-making, conflict resolution, self-esteem, team work and others. She also made a plea for current sponsors and any who wished to come aboard to continue to support the cause, and specifically to help replace the ailing computer equipment in the programme. (AS)