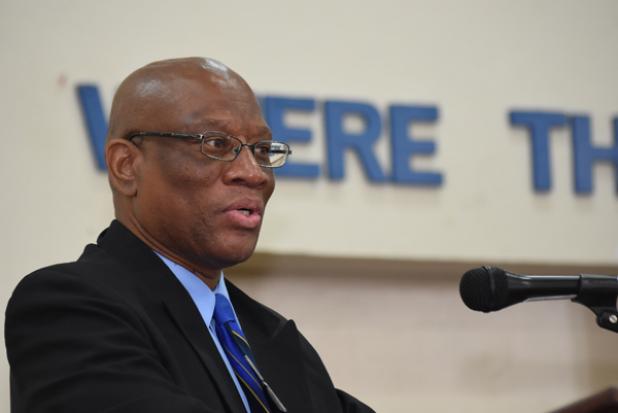 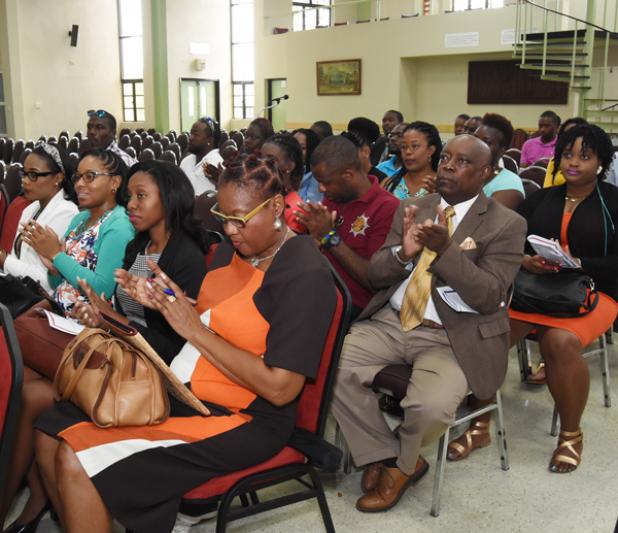 Some of the individuals attending the Youth Congress yesterday.

YOUTH HAVE ROLE TO PLAY

Sat, 05/28/2016 - 12:00am
THE youth arm of the Barbados Workers’ Union (BWU) is being told it has a responsibility to secure a viable future for the workforce of this country.
That’s the view of Cleviston Hunte, Director of Youth Affairs, who said there is also a need to strengthen the youth arm and invest in the young people so
as to enhance productivity in the labour market. He made the comments while delivering the feature address during the opening ceremony of the Barbados Workers’ Union Youth Congress at Solidarity House yesterday morning under the theme ‘75 Years of Living the Legacy’.
“You must also play an integral part in promoting positive values and a consistent work ethic, while developing and promoting different approaches to the employee/employer relations. It is your duty also to ensure that the Union continues to be a key driver of the growth in the economy, while securing legislation to safeguard and improve the economic and social welfare of young, vulnerable workers,” he said.
His remarks came as he said the Ministry of Youth has a vision to see young people reach their fullest potential, which he suggested would ensure that not only is a sustainable future created, but positive social and economic benefits are derived from the work of the youth.
“We want to inspire our young people to reach greater heights of performance and productivity in whatever endeavour, be it in sports, be it in culture, be it in our work programmes, and be it through our debating activities, etc. The commitment to the development of young people is seen in the provisions of the National Youth Policy of Barbados, which not only expresses and advocates for change, but also provides a menu of options to improve the social conditions of young people in the areas of education, in the areas of employment and unemployment, in gangs and violence and on the environment, among others,” he added.
With that in mind, and noting that Government cannot do it alone, he stated that partnerships with organisations such as the BWU and other community groups, are essential in the efforts to improve the conditions of young people. He made the point while pointing out that yesterday’s Congress was timely, given the myriad challenges confronting the youth, who he said are vulnerable members of the society. (JRT)