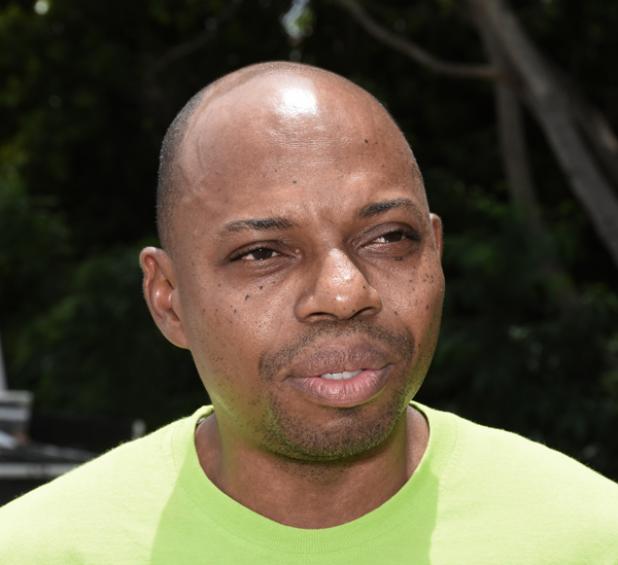 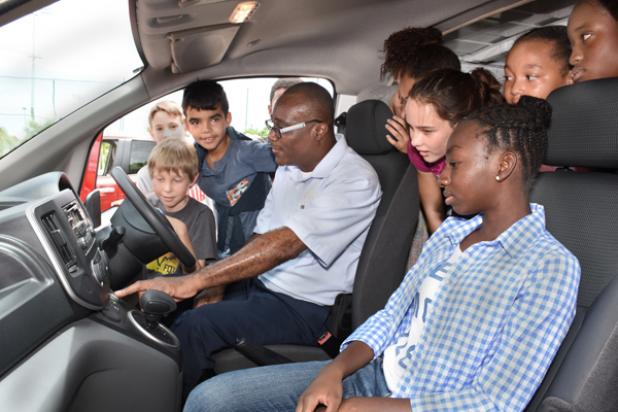 David Allsopp (sitting in driver’s seat), a transport supervisor at the BL&P showing the campers the features of one of the EVs.

Representatives from the Barbados Light and Power Association (BL&P) treated the young campers of the Junior Robotics Camp to a special demonstration of their Electronic Vehicles (EVs) yesterday morning.

The children were thrilled as they were allowed to drive in the car with one of the representatives from BL&P around the car park at the University of the West Indies, Cave Hill Campus.

Hallam Hope, a member of the organising committee at the Caribbean Science Foundation which organises the camp, expressed that the committee at the Caribbean Science Foundation thought it would be very valuable and useful for the young children to see how the EVs operated and be reminded of its lack of emissions, as these emissions are possibly cancer causing.

“Renewable energy is the energy of the future which young people will have to get familiar with, take advantage of and even help grow. So it’s really the industry of the future; and as this camp is already on robotics and building their technology, skills, careers and ambitions, it really all fits together,” he said.

Wayne Blunt, a system engineer at BL&P explained to the children that the EVs were better for the environment as they were less dependent on oil and did not emit harmful gases into the atmosphere.

He went on to reveal that most countries were leaning towards renewable forms of energy and noted that the BL&P was also going in that direction. He added that by the end of this year, they were looking to have a storage plant that will store energy in batteries. He explained that this would help them with still having energy, so that when the sun is covered they still had a source of electricity.

“The vision of BL&P is that by the year 2045, we will have 100 per cent renewable electrification. To start this plan, by 2019, we will have a solar plant at Lamberts in St. Lucy as well, and we’re also in partnership with independent power producers where they will produce power and we buy it,” he said.