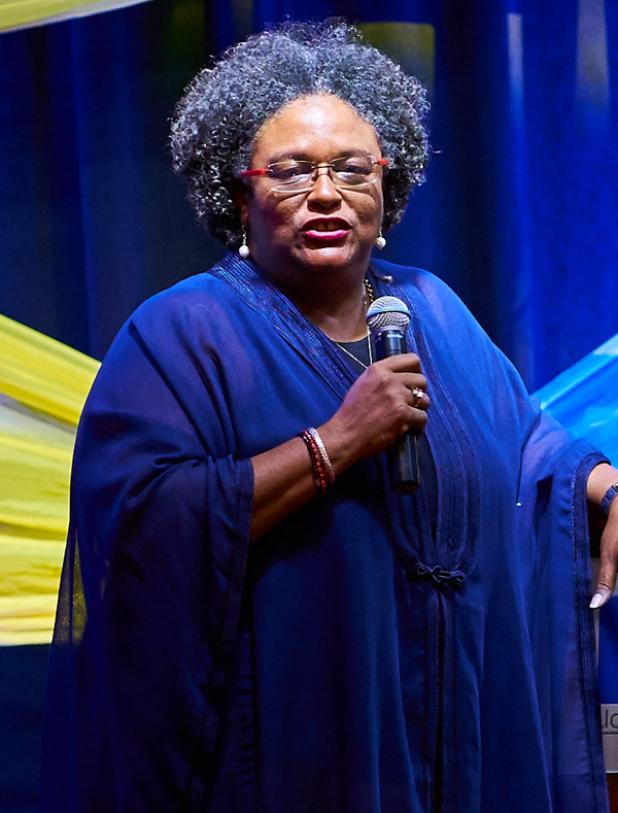 It is hoped that over the next two months, the requisite protocols can be agreed on to get the regional cruise industry going again.

So says Prime Minister Mia Amor Mottley, who on Friday during the 20th Special Meeting of the Conference of Heads of Government of CARICOM, revealed that she has accepted the responsibility of co-chairing a task force for the Americas on cruise tourism, along with the Chief Executive Officer of Royal Caribbean Michael Bayley.

Mottley told those in the virtual meeting and tuning in online, that the ultimate goal is to ensure that the region can prepare to reopen the borders for cruise tourism in a safe way.

“... That allows those people within our community to be able to see economic activity again, from vendors, to taxi drivers, to tourism attractions, etc. But they will not benefit if the cruise ships are not coming in, and the cruise ships cannot come unless there are safe protocols that we are satisfied on and that they are too, as owners of companies are satisfied can work for us,” she stated.

PM Mottley continued, “We hope within the next two months therefore, to be able to settle those protocols, but we will also use the opportunity to be able to see how best we can deepen our partnerships.”

Her comments came as she explained that the Caribbean commands as much as 40 to 50 per cent of cruise tourism, which she said makes the region “an inevitable partner” of anyone who is involved in the cruise business across the world. That, she said, was the impetus for a meeting that was scheduled between the CARICOM Heads of Government, and the leaders of the cruise ship industry earlier this year at the Intersessional Meeting.

“That meeting, regrettably, could not come off because of the difficulties with respect to COVID and as a result, we then had a meeting focused purely on protocols that led us also to determine how we are going to literally be able to repatriate the many thousands of persons who [are] some of our citizens, of course... and others from the other parts of the world who were working within our region,” she added.

Mottley said that she Hope’s that the region will “deeply collaborate and partner” to not only see how best the countries can speak with one voice on the future of the cruise industry, but how best as a region we can extract even greater benefits from the sector. Especially so, she said, for those citizens who, though small players within our economy, depend heavily on that cruise ship business. (JRT)