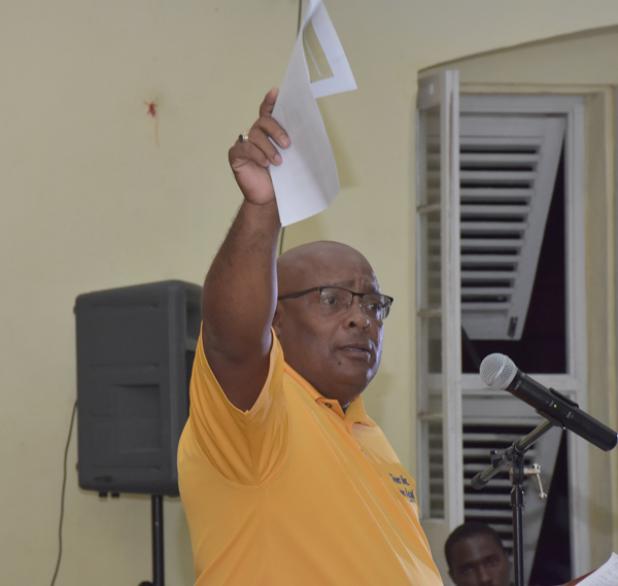 What about the arrears?

Government has racked up about $143 million in arrears on its foreign debt.

The amount was accumulated between June 2018, when Prime Minister Mia Amor Mottley suspended debt payments due to external commercial creditors, and the last 12 months.

Former government Senator Jepter Ince made this disclosure, while stressing “we are heading for trouble”.

“So, when the Democratic Labour Party demitted office our foreign debt was BDS$1.6 billion… The new government hasn’t paid a cent in foreign debt since May 24, 2018. I am therefore challenging the Minister of Finance – if Jepter Ince is wrong, then come say to the public ‘Jepter Ince you are a liar!’ We are now running arrears of $143 million on our foreign debt.”

Ince, who ran for the DLP’s St. George North seat in the last general election was at the time addressing the public meeting “One Year Later: Who is Smiling Today” held at The St. Michael School on Sunday night.

He explained that every country that defaulted on its international debt have run the risk of devaluation.

Moreover, he has called on Prime Minister Mottley, the Minister of Finance, Economic Affairs and Investment not to turn a blind eye to the arrears.