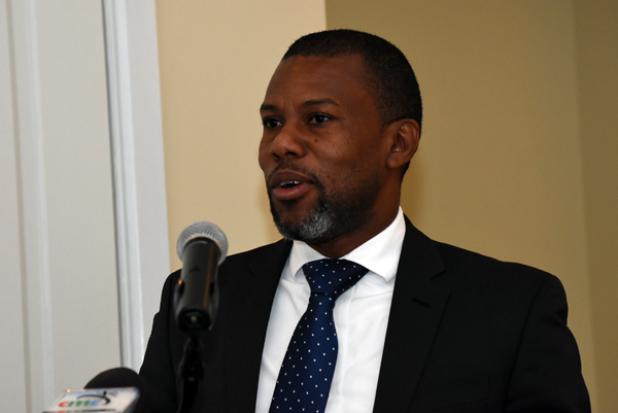 We must unite our efforts

Fri, 04/15/2016 - 12:00am
The current strain on national budgets across the region is making efforts to prioritize, advance and sustain early warning systems (EWS) difficult.
“It means therefore that we have to better join up our individual efforts, mandates and convening power to ensure that as key stakeholders nationally and regionally, we are maximising on limited resources, setting realistic expectations and delivering on them in a way that results in positive and sustainable results at the national and community level,” said Caribbean Disaster Emergency Management Agency (CDEMA), Executive Director, Ronald Jackson.
He therefore described the Caribbean Early Warning System Workshop as relevant and timely in seeking to promote harmonization of EWS.
Speaking at the opening ceremony at the Courtyard Marriott yesterday, he noted several efforts of CDEMA to advance EWS and said that its next step was to promote, the institutionalization of national frameworks for EWS utilising the model legislation and model policies as the foundation for establishing a comprehensive arrangement for EWS governance.
Jackson also took the opportunity to highlight that the various events and threats faced by this region over the last few years have provided an opportunity to re-learn key lessons for disaster management agencies.
Stating these also underscored the need for re-examination of how early warning is managed in today’s environment of new media and unfolding and emerging threats, Jackson said several questions must be answered in such efforts, including whether the existing EWS have delivered or missed the mark in terms of meeting public expectations.
Highlighting that CDEMA was examining the EWS priority amid careful consideration of the Caribbean SIDS Context, he noted that the past investments did not appear, for the most part, to have been directed by national policy which sought to advance EWS, but instead more as a priority of stakeholders who saw the need and seek to access resources to address the need or by those conducting hazard monitoring and research. (JMB)