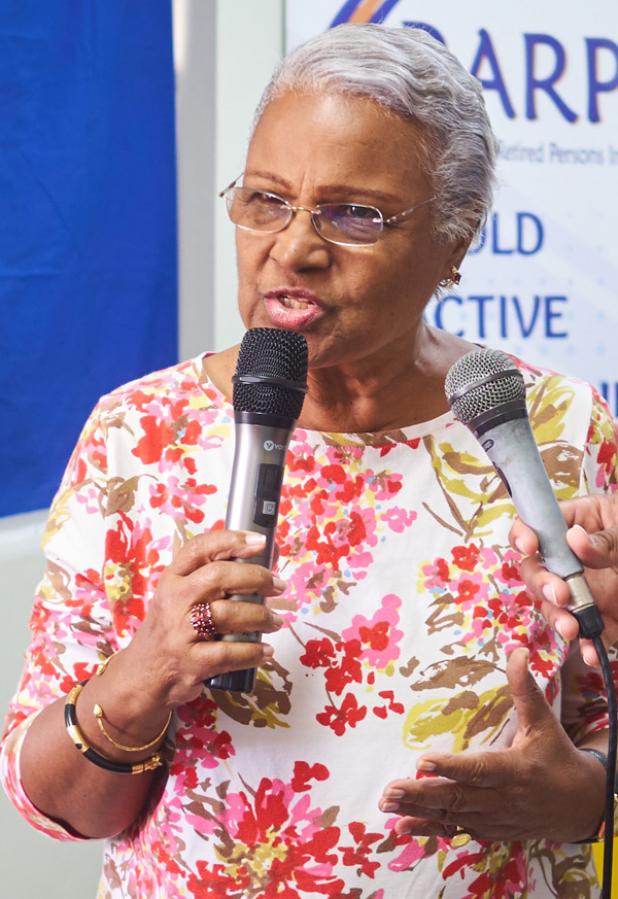 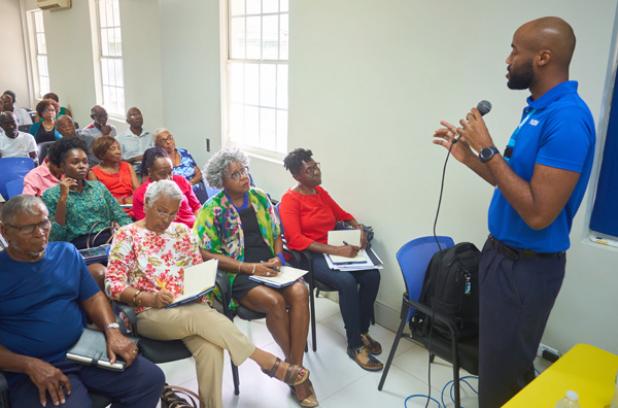 THE libel laws in Barbados and elsewhere are in great need of updating, because of the power and influence the Internet and social media currently hold.

This strong view comes from Dame Billie Miller, as she attended a discussion on best Internet practices at the Barbados Association of Retired Persons (BARP) headquarters earlier this week.

Dame Billie voiced her concerns about the world of the Internet being an almost free-for-all approach, with no recourse to misinformation being spread.

“Liability at law must attach at some point. The Internet does not have this. All of these things we have been hearing are scattered across this new universe [Internet]. Terrible things happen as a result of the Internet, good things happen too, but that is my major concern and why I am careful about what I write on the Internet. My greater worry is that it’s become so invasive, and nothing can be hidden,” she said.

Recognising that such moves within the confines of the current laws would take a while to iron out, the veteran stateswoman pointed out that because serious crimes are planned via the web, looking into stricter laws to help curb such criminal uses is inescapable.

“Terrible things are planned and carried out on the Internet. Murders and everything,” she added.

Corporate Communications Manager at Flow Barbados, Alan Harris, agreed with her that the amount of illegal activity and high level of misinformation being seen online, requires a closer look at current laws governing such activity. It was his belief, however, that educating the wider public on the issues to be on the lookout for while online, should be concentrated on at this point in time.

“Personal responsibility is paramount above all. As Barbados’ leading telecommunications provider, we would do all we can to insure and mitigate all the risks that are out there. At the end of the day, personal responsibility trumps all, and that is why we would want all Internet users to take responsibility for what they do online, and use that as the first form of defence,” Harris said.