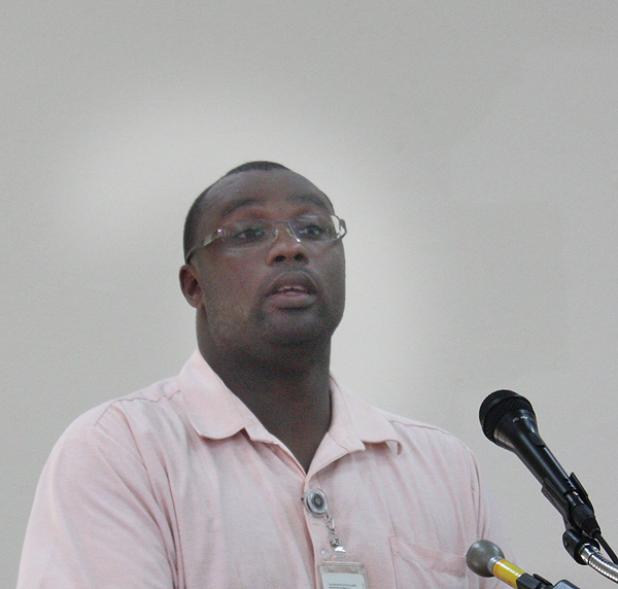 Wage and salary cuts are illegal unless there is firm agreement from workers.

Issuing this warning, Deputy General Secretary of the Barbados Workers’ Union Dwaine Paul asserted that some employers are “intimidating” their unionised and non-unionised employees to take pay cuts, some as high as 50 per cent, or lose their jobs.

“There is almost like a prescription for businesses, which seems to have been handed down by someone, where we are seeing several companies going this route in terms of trying to cut or in some cases cutting salaries. They are doing it as though there is no law and workers have absolutely no rights, and this is not only in the unionised environment, but also the non-unionised environment.

“Let us get it clear – the cutting of wages and salaries of workers is not legal unless you can get a firm agreement from workers that they are going to participate in such an activity and that agreement cannot be one that is forced or coerced or intimidated in order for it to be binding. It is something that must be totally voluntary in terms of them giving up a part of their wages
temporarily. However, the information coming to us indicates that this is not the case,” he stressed.

In the union’s radio broadcast, Paul argued businesses are drafting survival plans in the light of the lost business days due to the national shutdown caused by the Covid-19 pandemic, and these plans include cutting wages by five per cent to 50 per cent and notice being given at meetings.

“This goes against the Wages Protection Act. The wages and salaries of Barbados are protected under this. You do not have the right as an employer to go into your employees’ wages and reduce them at your will and fancy, so I want workers out there to understand that you do not have to agree to a wages cut,” he said.

He also advised that a salary cut would not protect employees from being laid off and several companies have already retrenched workers.

“None of these companies have explained to their employers about any efforts to find avenues of finance, whether by going to commercial banks to get loans or sought to get investments to generate business, but they have gone for the low hanging fruit of going to workers and say we will take away your money, and in each of the cases we have heard about, these funds are not
repayable and that is also upsetting.

“Where else can employers go and get financing and not have to repay, but workers have to give up their wages and can’t get them back, and worse yet there is no clearly defined date for any of these cuts…this could mean that your salary remains cut for the rest of your employment time because the company could ‘never recover’,” he argued.

Paul also called on the Labour Ministry to address the matter.