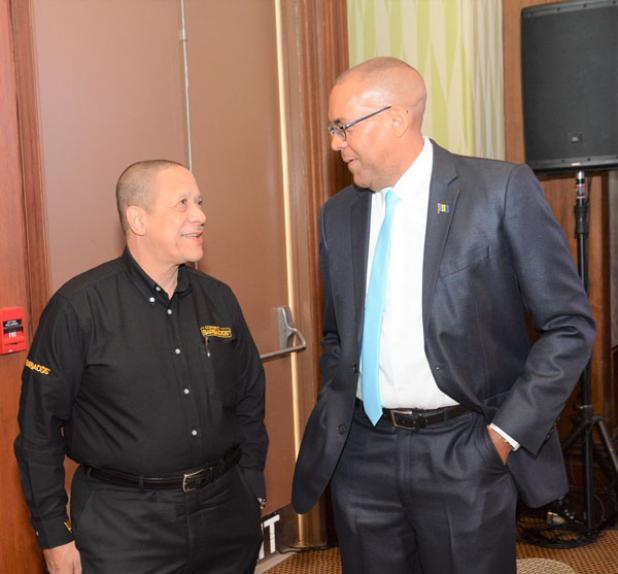 Gaming and taller buildings are part of the vision of the transformation of the Barbados tourism industry says Kerrie Symmonds, Minister of Tourism and International Transport.

While speaking at Connect Barbados 2019 at Hilton Barbados, he indicated some of the concerns that can impact investment and archaic legislation that can impede progress, and the need to make changes to remain competitive.

Gaming has been a controversial topic in Barbados even though there are other forms of “gambling” that exist. According to Symmonds, “You cannot realise the full scope of your revenue potential simply because of the fact that there are some attractions that you cannot have. We all know that there is a tremendous interest in the pursuit of gaming tables and that is big business and it is a revenue stream that is sought after everywhere, but Barbados has never gone there.

"The reality is that the lead sector in the country has not been able to do business within that environment and we feel that it is important that we don’t constrain ourselves, but that we compete on even terms with everyone else that is within the business of Tourism. However, it is important that we do so without losing what is genuinely Barbados and we do so in a manner that does not compromise the social fabric of this country.”

The Minister revealed, “The legislation has not been settled but this is where we want to go, for mega investments there would be the facility of having gaming tables but it would be in a members setting so that you can’t just go and use the tables by walking off the streets, but you would have to be a guest for a few nights and that sets a price point that removes 90 per cent of our population from being affected by that activity. We target the activity in denominations of US only, unless you are using US currency you can’t play and that removes the ordinary members of society and insulates them form the challenges that may arise from Gaming.”

He added, “It has been a concern of the Government that Barbados Tourism is confronted with structural challenges and some are legislative in nature. One of them is the Town and Country Planning legislation of Barbados which was created in about the mid 1950s and you would appreciate it contemplated a Barbados that did not have mega resort investment. The fact of the matter is that there were constraints, for example the height of buildings, but we all know this is the era of mega investment. We compete with other destinations where those constraints don’t exist and any hotel developer wants a return on his investment, so doing a hotel development in Barbados where you are told that vertical build is constrained makes us go to compete with one hand behind our back and it does not make sense.
We feel that is necessary and we have gone to parliament as recently as last month in order to rectify that problem so that we can have new build which can go higher but in a tasteful way that we don’t lose what is Barbadian but at the same time we can go higher to accommodate the investment we need to attract for the country.” (NB)