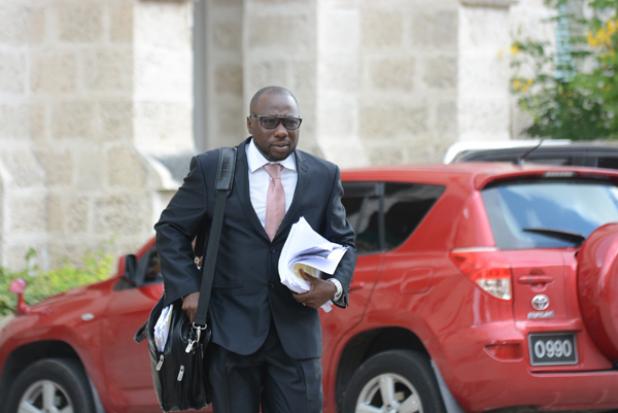 Thu, 10/27/2016 - 12:00am
An exercise in cosmetics.
That’s how Member of Parliament for St. George South, Dwight Sutherland described the presentation made by Environment Minister Dr. Denis Lowe on the Barbados Green Scoping Study in the Lower Chamber on Tuesday evening.
Sutherland argued that the Minister spent over four hours to present the study, adding that while it may be useful to “technocrats”, it is a two year old document that does not fully reflect what is happening in 2016. He said it is a sign of the “inertia and lethargy” of the government.
He stated that a green economy is intended to improve human well-being and social equity, and charged that looking around the country, as it relates to the piles of garbage and treatment of SSA workers, this definition must be questioned.
Sutherland further challenged that if government does not accept responsibility for the pileup of garbage and unavailability of equipment, who then will accept responsibility for championing the Green Economy Scoping Study and to enforce elements such as the protection of fragile ecosystem, climate change and water saving techniques.
The St. George South MP said there must be more stringent regulations on garbage separation in homes and contended that there are basic needs critical for development in this country. “This country is suffering from developmental stagnation as a result of the DLP,” he charged.
As it relates to agriculture he lamented that areas of high agricultural potential are rapidly changing and are being put to commercial and residential use. He said Scotland District cannot be glossed over, noting there are areas available for farming.
Additionally, he stressed that environmentally friendly methods of farming must be identified, particularly in the area of green houses and hydroponics.
Sutherland said that the transportation sector needs to be completely overhauled, saying that the BLP Plan for traffic congestion included more than just flyovers and was completely abandoned by the DLP government.
He said greater focus must be put on reducing the number of private vehicles on the road, by improving the public transportation system. (JH)